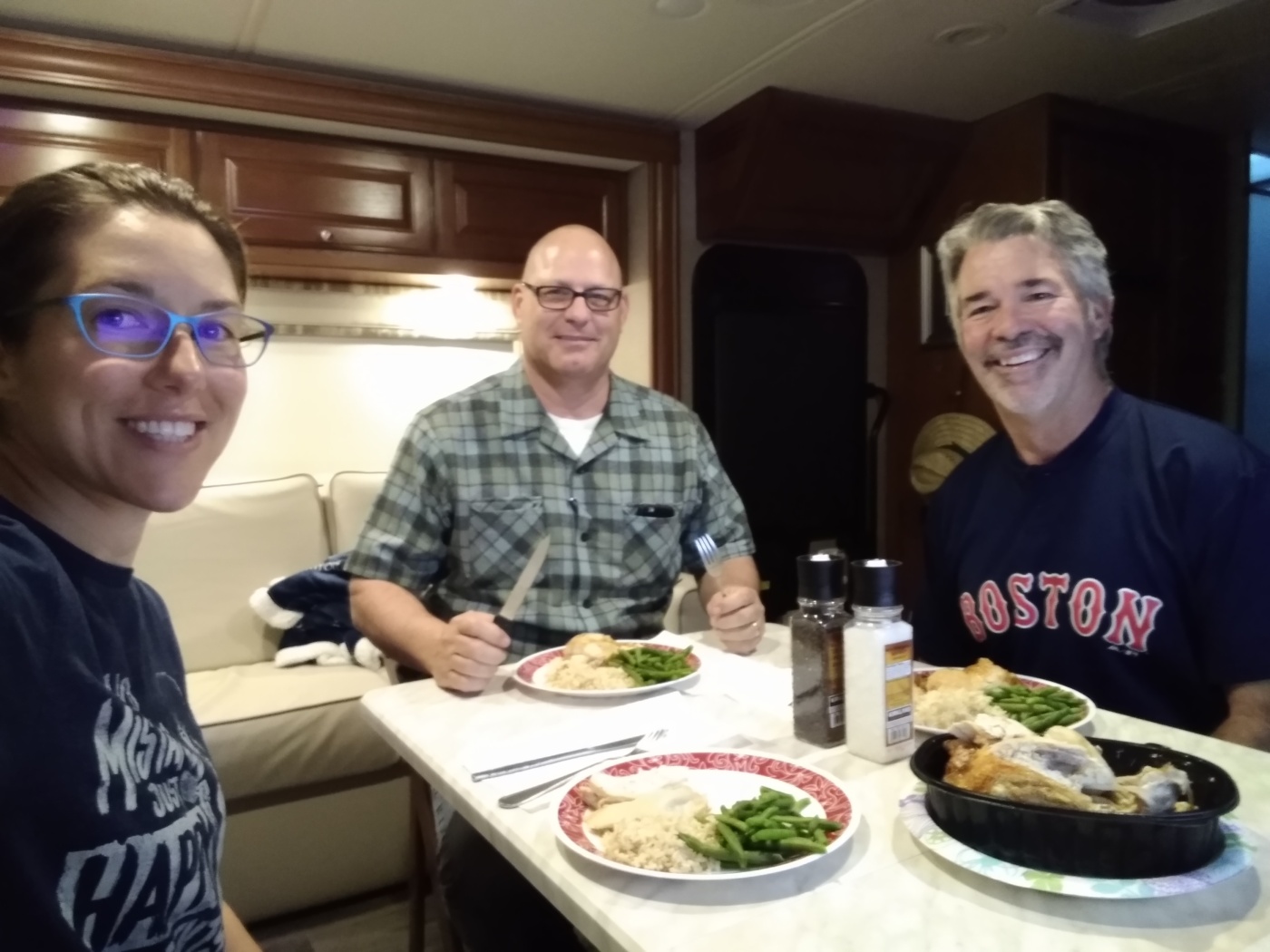 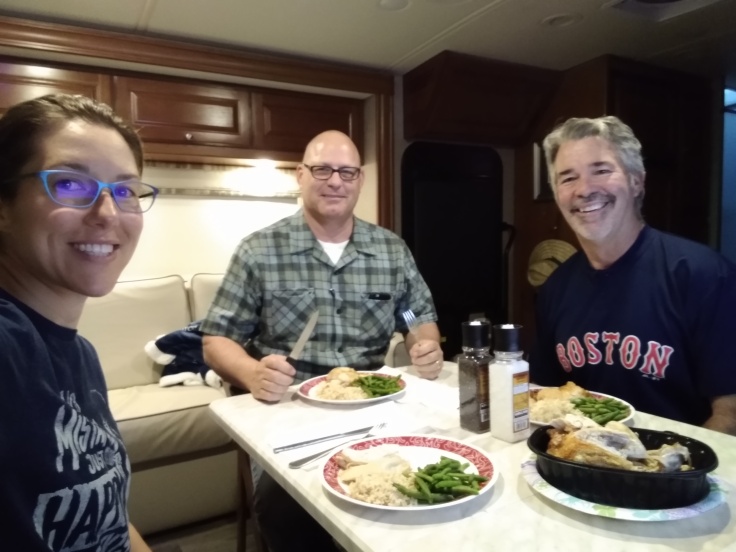 Fred tossed and turned all night last night. He couldn’t find a comfortable position for sleep. As we’ve progressed in this journey, the mattress has become harder and harder and less comfortable for him.

He went to try the couch where he could elevate his legs and head and watch some TV without worry of disturbing me.

He’s got a lot on his mind these days. Conquering his busy mind has been a challenge for him his whole life. You would never know from his zen-like external presence that he’s always had trouble quieting the internal chatter of his mind.

Whether he’s setting up for a golf swing or calming his thoughts so he can sleep at night, he has to work at it. Through years of practice, he has become pretty good at it, so when his mind really fires up, like now, it really bothers him when he can’t control it.

He came back to bed around 6:30am. We cuddled for a good while and then got up for our regular breakfast. We talked about some of the things that have been bothering him. I love that we’ve become so close along this journey that he trusts me with his inner thoughts. We have both grown so much on this road trip.

Our little bathroom has become my meditation chamber. Each morning, I sit in there for about 20 minutes and just contemplate life and our Honeymoon Adventure. When the A/C kicks on, it’s like a sensory deprivation tank, with the A/C acting as white noise. It’s really quite peaceful. The time in their helps me process everything that’s going on and stay positive.

We we both chatted with our mama’s for a little while after breakfast. Fred emptied and rinsed the RV holding tanks then we rested in the A/C. There is always something to be done in an RV! We watched Diagnosis Murder while we cooled off.

I love watching Diagnosis Murder with Dick Van Dyke. It was one of the shows I watched with my Grandma when I was little. It makes me feel all warm and fuzzy and fills me with memories of her. And then I saw a commercial for the game show Press Your Luck. They’re redoing it on the Game Show Network.

When the commercial came on, the first thing that I thought was, “I got to call Grandma and tell her they’re redoing her show.” It’s crazy how you can forget, for just a split second, that someone is no longer physically with us. And then you remember they have passed on and the feeling of loss that sweeps through you, so instensely, all over again.

How do you relive the happy memories and feelings without experiencing the loss all over again? It’s like eating your favorite ice cream dessert and then the last bite has a hidden, fat, grub worm inside that bursts in your mouth. Is the whole experience tainted now? Can you separate the memories of the ice cream and the grub? Can you ever eat the ice cream again? It’s something I contemplate when I sit in the bathroom some mornings.

I cleaned up the motorhome and prepped us for departure while Fred rested a bit more.

We pulled out of the park a little earlier than usual and put in some satisfactory mileage in before our lunch break. We stopped at a freeway rest stop in Salome, AZ, exactly at noon and microwaved some frozen burritos. They were actually pretty decent. We topped off lunch by splitting a blueberry Costco muffin. 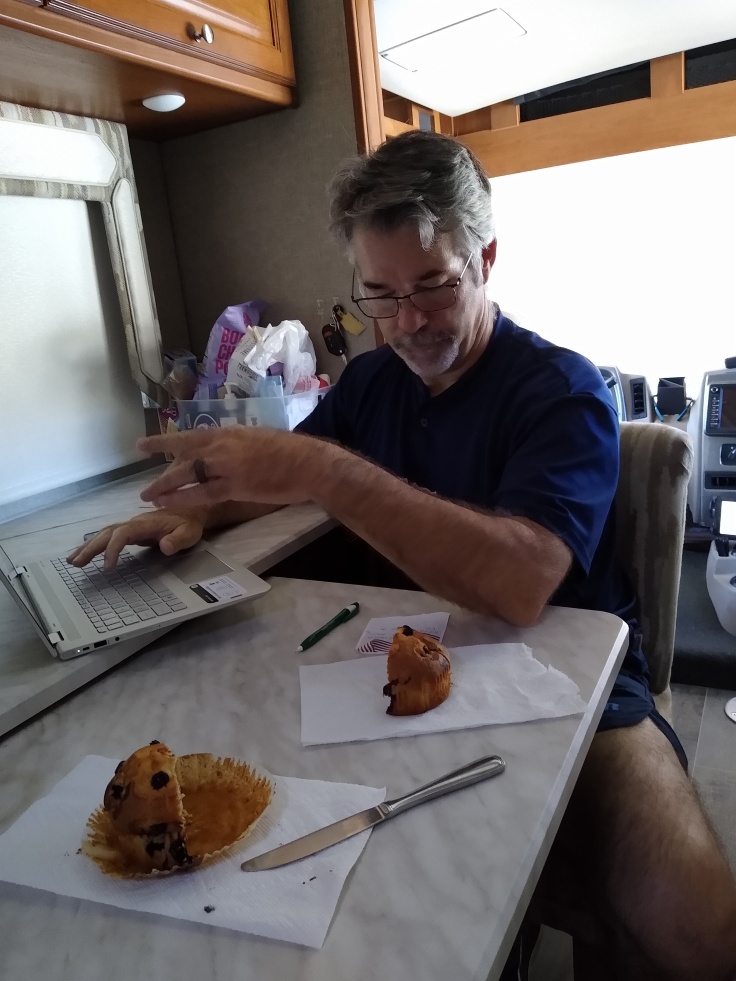 We didn’t rest after lunch. Today was a pretty short drive to the KOA we had plotted out. So Fred wanted to keep driving and get there early.

We decided to run the generator to power the microwave and A/C. It was so hot outside after lunch that we left the generator on and drove with the rear A/C running to keep the rig cool. Yesterday, it took so long to cool it down after we stopped that we decided just to keep it cool. It worked out so much better!

The next freeway exit was the last Arizona exit, so we figured we’d fuel up before the California gas tax hammered us again. It was only $3.09/gallon.

We both had mixed feelings when we crossed over the California border. Nearing the end of our adventure is sad but being closer to home feels good.

We didn’t stop again until 3pm when Fred needed a potty break. We only had about 30 minutes left to go to the KOA so it was just a quick stop.

David Moeller, Fred’s old graveyard partner and good friend, had planned to drive out and meet us at this KOA. David pulled in about five minutes after we did and helped Fred unhook the Jeep so we could back the RV into our camp spot. 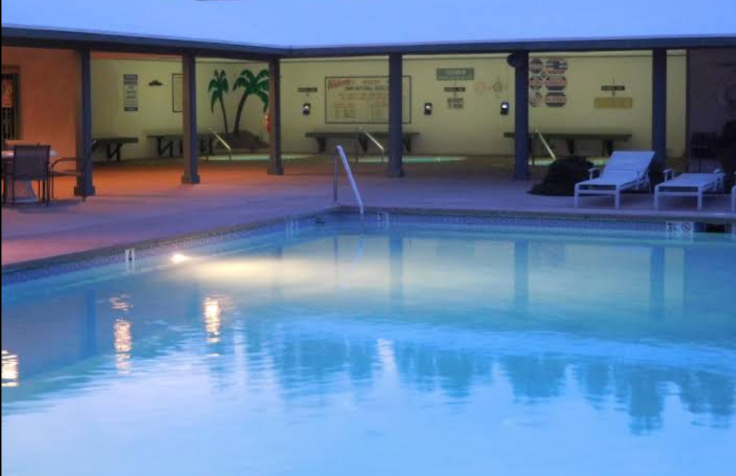 It was about a 2-hour drive for David to meet us but he was happy to do it to visit Fred.

Fred proudly gave him the grand tour of the RV and David tried to imagine himself living the RV lifestyle. But it’s just not for him. It’s too much work and not really cost-effective in the long run. You just have to love it for what it is.

After the tour, David and Fred jumped right into catching up and reminiscing about the old times. We all chatted for about an hour, and then Fred finally laid down to take a little rest.

David drove me over to a nearby town to find a grocery store. I needed to grab a few supplies and get a rotisserie chicken for dinner. I say “nearby,” but we were out in the middle of the desert to start with, so nothing was nearby!

Once we got into town, it wasn’t as bad as I was imagining it would be. They actually had all the normal things you’d find in a bigger town, including a Vons supermarket.

I have been looking for these Digestive Biscuits that Grant got Fred hooked on. I look for them wherever we go, but I haven’t found them yet. I hope I do before we run out of the box that Grant donated to Fred. They have become Fred’s favorite 10am snack.

David and I chatted about all kinds of things: Fred’s journey, CHP current events, worker’s comp drama, David’s love of photography and his son’s, his fascination with roadside memorials and documenting them. The conversation really bounced around quite a bit as I shopped.

By the time we got back to the RV, Fred was already up and chatting on the phone. Fred’s friends and family have done an amazing job keeping in touch with him along this road trip. Everyday a handful of people reach out to tell him they love him and check in on him. It makes him pretty happy and loved.

We watched the Bruins disappointing loss to St Louis in game four as I prepped us some dinner. I microwaved some frozen rice and green beans and plated it with some carved rotisserie chicken. I’m trying to become a good hostess but it’s still so unnatural for me to cook and plan dinners.

We chatted until late into the evening. We had a blast! We were both falling asleep in our chairs by 11pm so David headed home. He plans to drive out and see us again Tuesday wherever we stop for the night.

Fred was really impressed and touched that David was willing to drive so far out of his way to come and see him. Thank you David👍