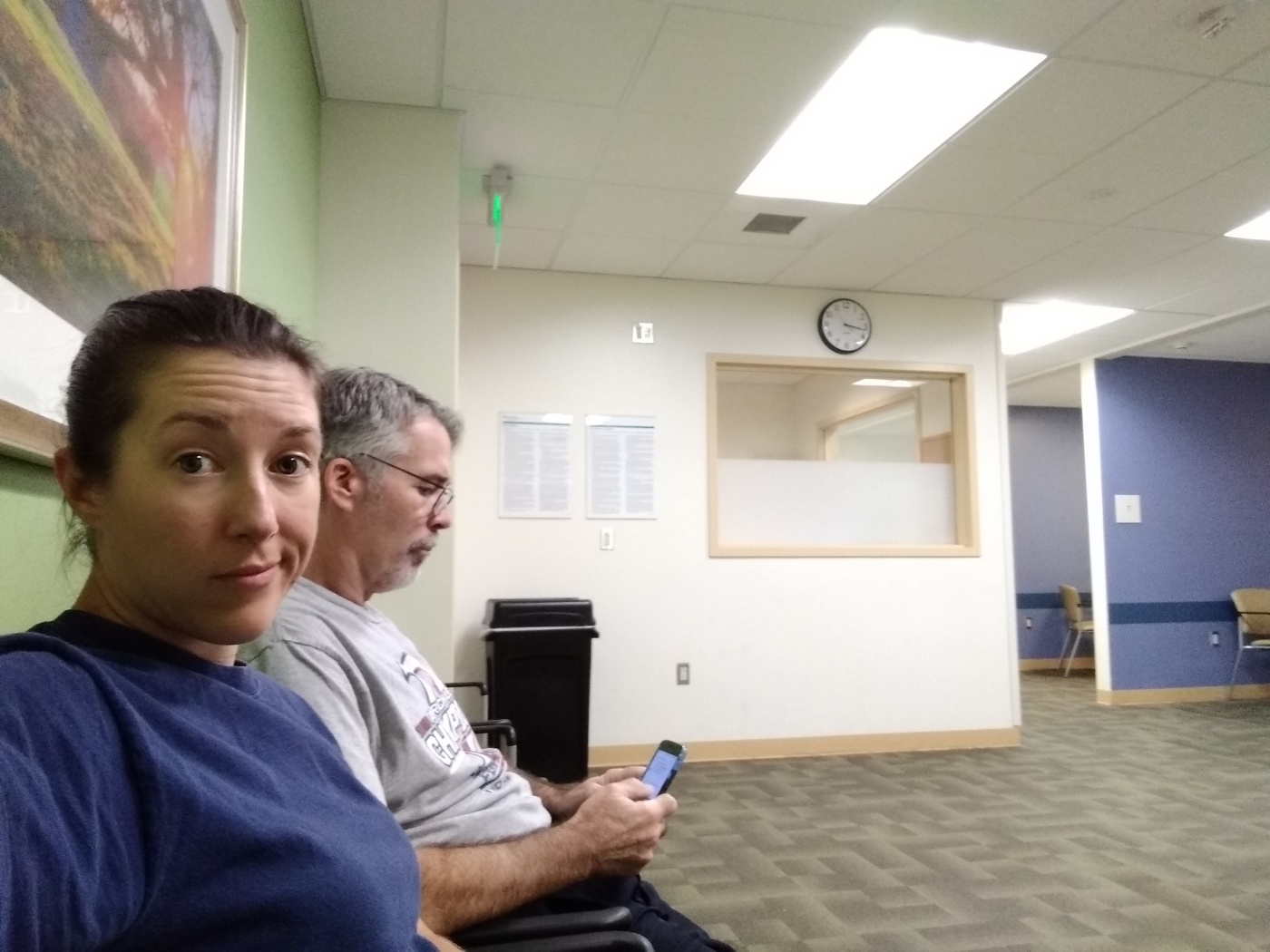 Fred had his CT scan yesterday (Tues: 7/30/18) to see what’s been causing his extreme abdominal pain and swelling, and preventing him from eating for the last two weeks. His GP doctor, Dr. Hwang called him today just before noon with the results:

Fred has a partial, small bowel blockage. Dr. Hwang told Fred that he could not tell if the blockage was cancer metastasis or scar tissue but he needed to get to the ER to get it checked out. Fred handled the news like he has handled all the other news… He shrugged it off.

Fred already had an appointment scheduled for 2pm this afternoon with his chemo doctor, Dr. Behl, at the hospital. So Fred opted to wait until 2pm to see Dr. Behl rather than go straight to the ER.

We saw Dr. Behl and she agreed with Dr. Hwang that Fred needed to be in the hospital. Dr. Behl called over to the hospital arranged to have Fred admitted so we could at least skip the germ filled ER.

The hospital was, as hospitals always are, full! So we had to wait in the hospital lobby until 4pm to be admitted anyhow. I guess that’s better than the nasty ER lobby.

Dr. Behl was certain that the blockage was not caused by chemo and wanted Fred to not give up on chemo… Even though the quality of life he has been experiencing since starting chemo has been absolutely horrible. She said it would probably get better after the blockage was resolved. She cancelled Fred’s chemo that was scheduled for tomorrow and that was the end of that check-up appointment.

She called this blockage, “A bump in the road.” It reminds me more of those big-ass potholes we hit in our motorhome on our Honeymoon Adventure. I wouldn’t call them bumps, but more like small collisions!

So we will be at the Sutter Hospital in downtown Sacramento. I will keep you posted when I can. It’s almost 4pm so hopefully we will be moving to a room soon. 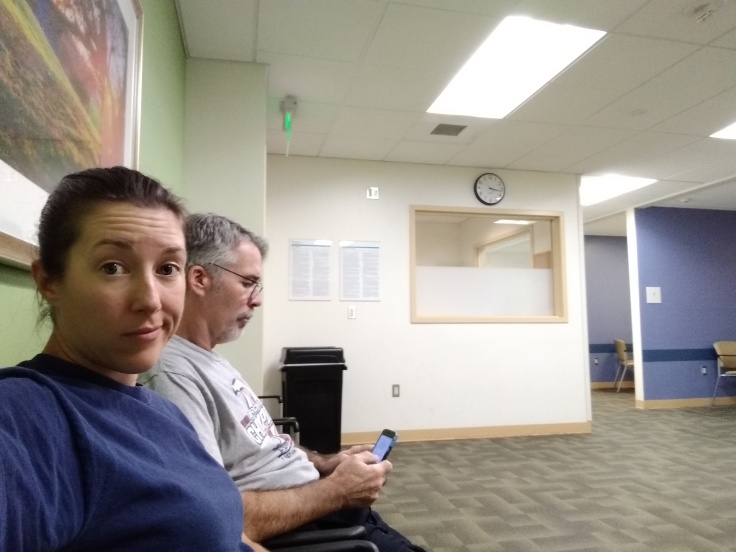