Tuesday, May 14: Mike and Marey joined us for breakfast in the RV today. Mike stayed home for the morning to see us off and Marey didn’t have any clients until 10am. It worked out so perfectly.

It has truly been awesome staying here with them. They really carved out time to make us feel loved and cherished. It makes me feel very lucky to have joined the Oakes’ family. This trip has really showed me that.

We chatted away the morning and then got to prepping the RV for departure. Fred went to show Mike our remote braking system in the Jeep, and of course it wasn’t working properly. After about 30minutes of tinkering and troubleshooting, Fred called the manufacturers help line. They were of no help. We called a few times and basically came to the conclusion that it’s not charging properly so it’s not sending out a strong enough signal to connect. And there is no way to hardwire the connection. The RVi Brake company advises to only use their charging cables but their cables stink. We plugged in one of the Motorola Turbo Chargers we use for our cell phones. After about an hour of charging and re-pairing the hub transmitter to the tablet, we were up and running again. 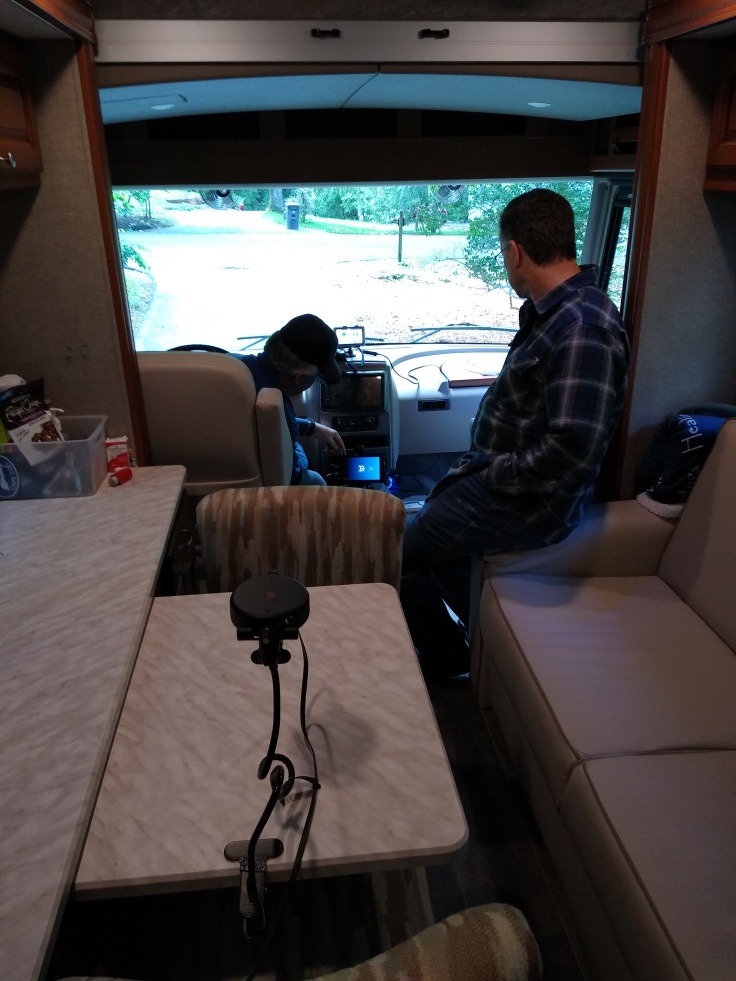 We charged it as we drove because we didn’t want to keep Mike from work all day.

We said our goodbyes and hit the road. We are going to miss it here!

We made it to I-95, about 45 minutes away, and stopped at a freeway rest stop for lunch.

We had to stop again before we got to the Hampton Roads Bridge/Tunnel on the southbound I-64 between Hampton and Norfolk. They have a checkpoint to make sure RV’s turn off their propane and big-rigs aren’t hauling hazmat. I guess Viginia doesn’t take any chances with explosions on their infrastructure. California doesn’t seem to care that much. 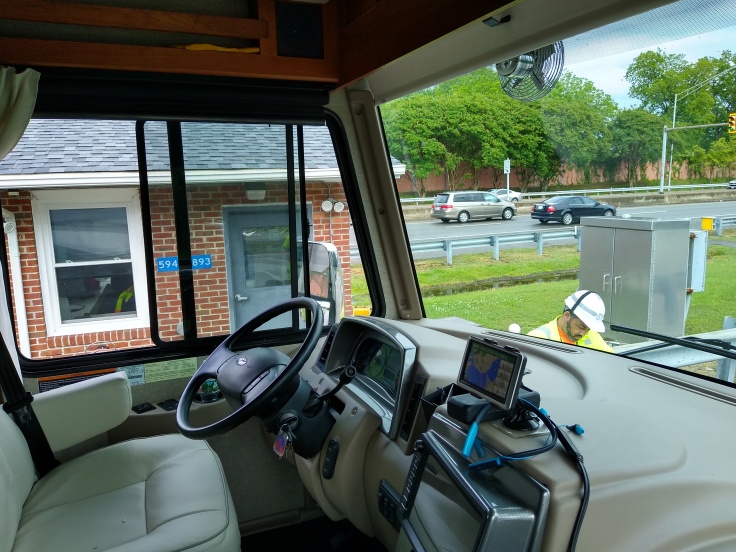 We started to see all the military aircraft and vessels as we neared Norfolk, VA. Our GPS crapped out again as we approached our interchange (I-64/I-264/I-464). So we got a little tour of some unsavory neighborhoods while the GPS was “recalculating.”

It amazes me how those things always crap out at the worst times. 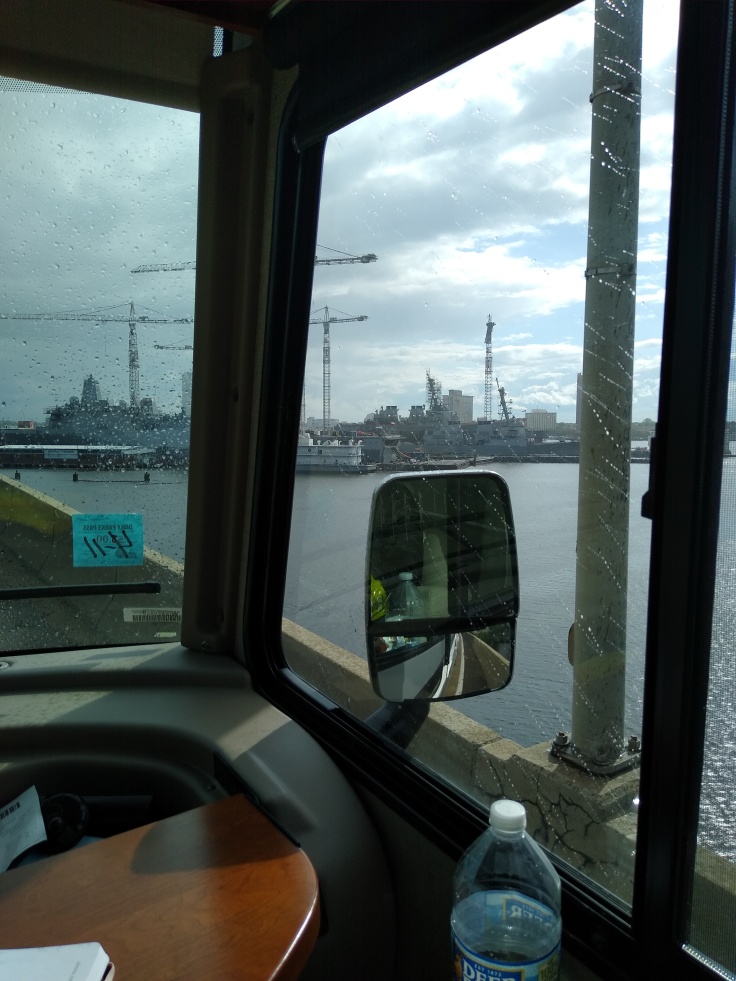 We did find a lovey truck stop, with an AWESOME snack collection… 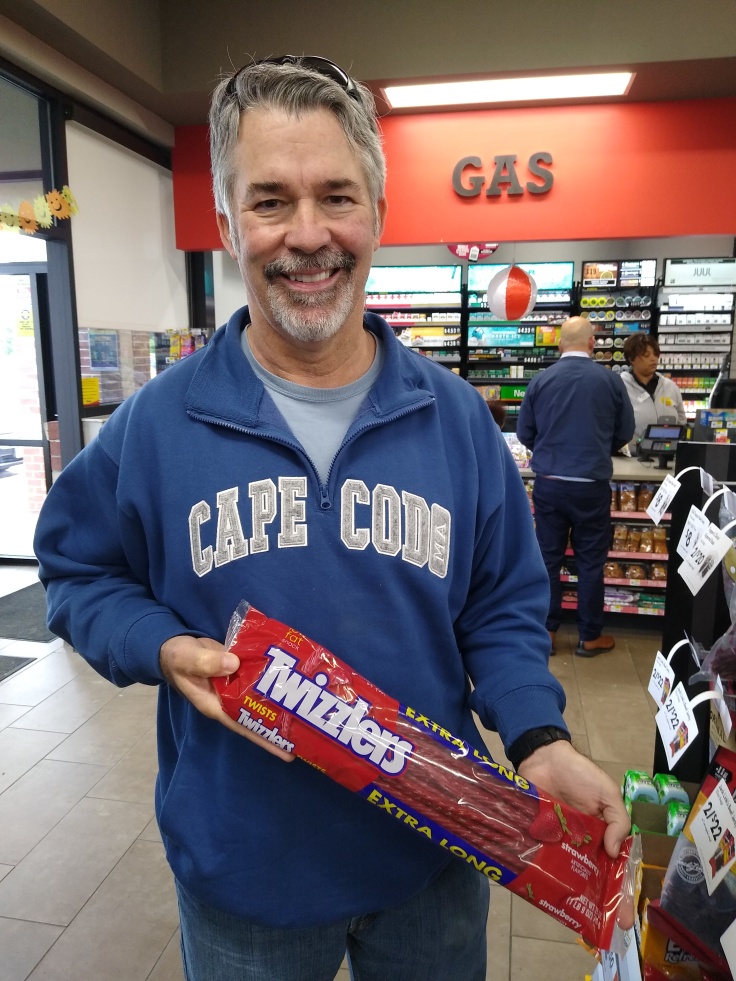 As we ventured into rural Virginia, Fred managed to get air as we crossed a short, little bridge on some dinky, narrow road, in who knows where. The landing was rough!😵 I feel like we were going way too fast. Just because the speed limit sign says you can drive 55MPH, does not mean you have to… 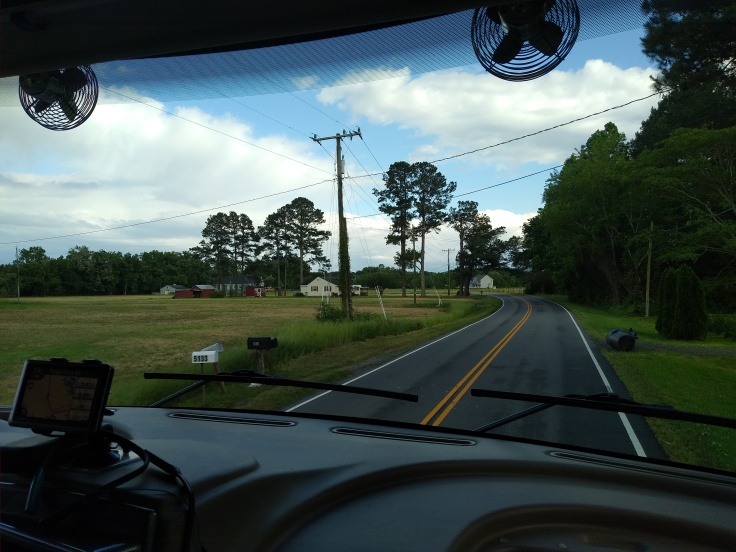 The road to our camp ground for the night was horrid. It was extremely narrow, bumpy, and twisty. The GPS kept adding time to our ETA in 45 minute increments. We were both frazzled and hungry by the time we arrived. And there was no where to stop and get dinner along the way, so we had to cook after we got camp all set up.

The only thing that made it bearable was the view. We were right on the bay at sunset. That was pretty priceless. 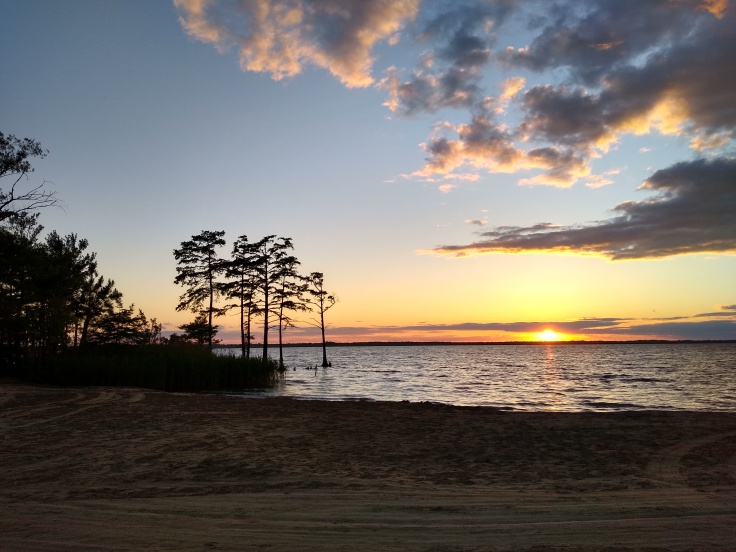 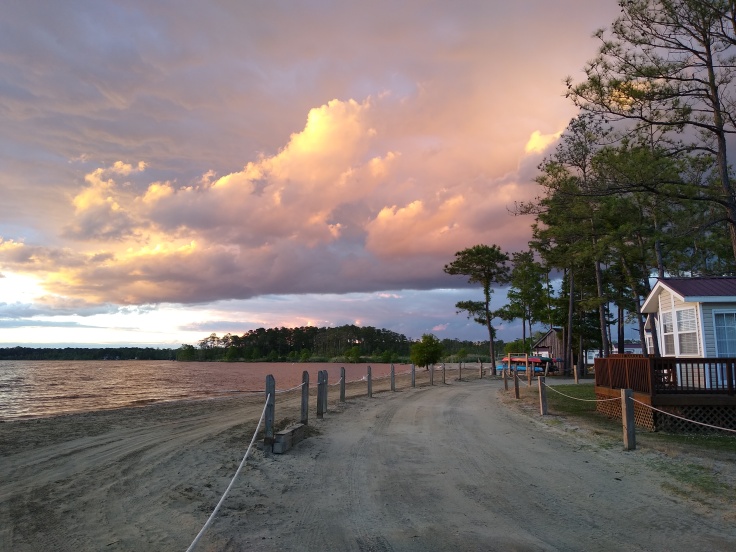 After dinner I took the drone for a flight over the water. (Thanks David for that great idea). The weather had been so rainy all week that I had forgot all about the drone!

It worked out really well. The only thing I forgot was to scan for power lines before the launch. Luckily, Fred was paying attention! I had the drone hovering at 3feet off the ground, on the “auto launch” feature when he said, “Hey, crazy… watch the lines.” I always launch the drone on auto and then immediately land it on auto to make sure everything is working properly. So I would like to think I would have figured it out before I really flew it.

One thought on “Day 41: Onward… to Virginia Beach!”