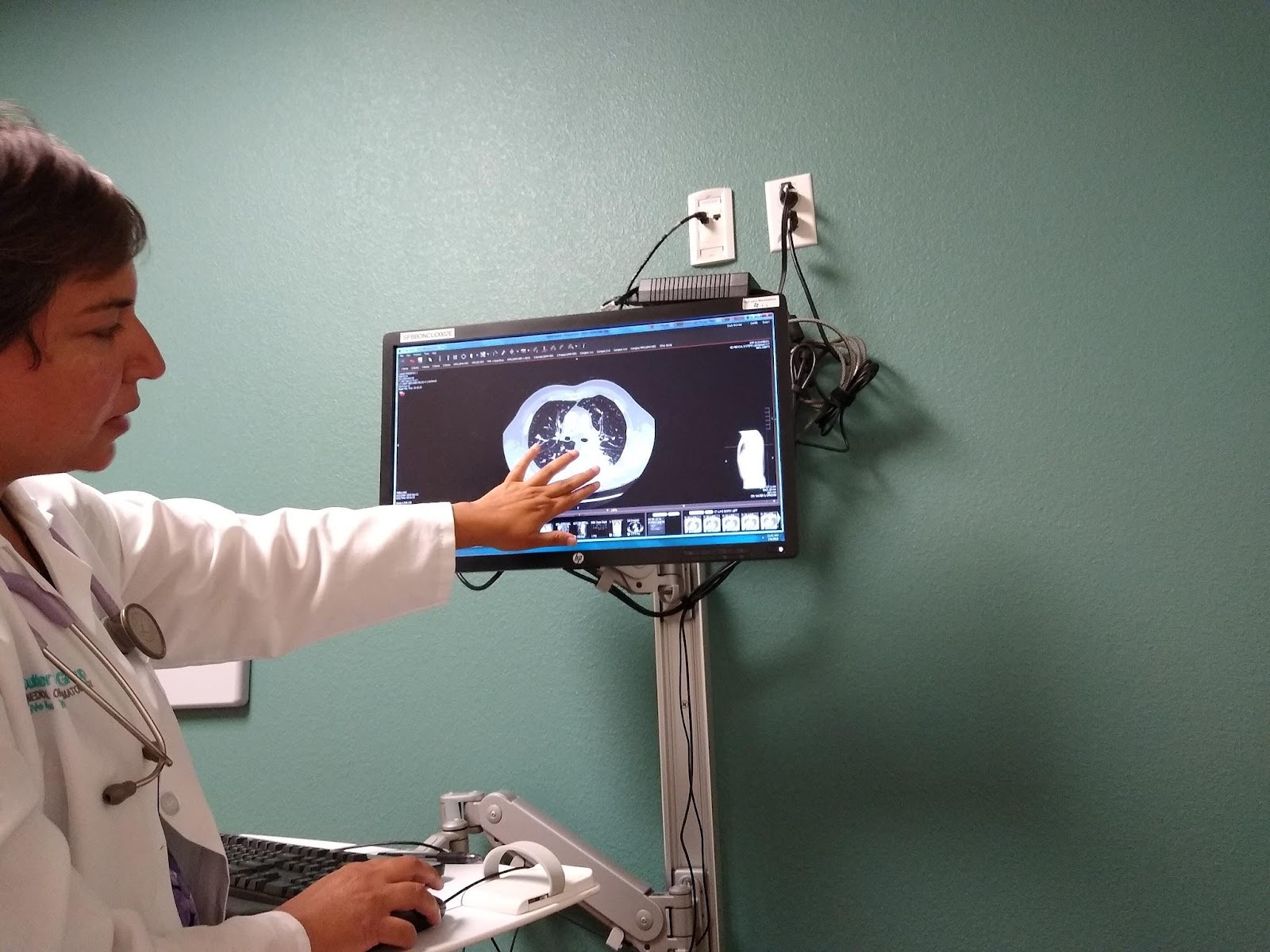 We have been waiting for Fred’s appointment with his oncologist, Dr. Behl, to post an update on Fred’s health.

As many of you know, Fred’s health started to slowly decline about halfway through our trip. It didn’t stop us from having a blast on our trip and we have never, ever regretted embarking on our Honeymoon Adventure instead of staying home to pursue surgery and more chemo. We knew Fred’s cancer would progress if left untreated but we decided to live for the moment and take advantage of how well Fred felt after his first round of chemo and radiation. We knew there was a very real possibility that this was as good as he was ever going to feel again.

We left CA on April 4th and he felt really good for the first two weeks of the trip. His asthma flared up and he developed a nasty cough as soon as we got to the Cape on April 19th. The closer we got to the ocean, the worse his breathing seemed to get. He had to use a rescue inhaler frequently throughout the day. But other than that, he felt pretty good. His appetite was healthy and his energy was great.

By the time we got to Florida around May 18th, his energy had dwindled down to something similar to his pre-treatment levels. He was noticeably losing weight. He was napping about twice a day and freaking me out with intense bursts of coughing, breathlessness, and paleness. I tried to get him to go to the doctor but he refused. He later told me that he had assumed it was the cancer taking its toll and he was afraid that if he went to the doctor, he would be admitted to the hospital and it would spoil the trip.

I found out he was hiding abdominal pain from me when he stepped off a curb in Tombstone, AZ around June 1st. The step was a little steeper than he had anticipated and as soon as his foot hit the ground, I noticed he winced like a heavyweight boxer had just punched him in the stomach. But still he would not go to the doctor and he insisted he was fine.

By the time we got back to CA on June 8th, Fred was having trouble maintaining his energy and his weight. He had lost about 20 lbs and was always cold and pale. He soldiered through though and kept an impressively positive attitude. He promised me we would make it home safe and sound, and we did.

Fred’s first doctor appointment after the trip was a CT on June 12th. His results were posted online about a week later but his doctor was on vacation and would not be available to walk us through the results until 7/8/19. Her backup doctor called us about 3 days after the results posted to tell us that Fred had pneumonia and his appendix was severely inflamed. So the big genius (Fred) probably had pneumonia and an infected appendix for the whole second half of the trip! Had he only gone to the doctor!!
The backup doctor instructed Fred to get to the ER ASAP if he felt any pain around his appendix. He claimed it did not hurt so we scheduled an appointment to see his regular family practice doctor, Dr. Hwang, to get the pneumonia and appendix treated.

Dr. Hwang has since prescribed 2 rounds of antibiotics and a new inhaler for the pneumonia/appendix infection. The appendix has gotten much better but the pneumonia is proving to be very, very stubborn. Plus, Fred’s violent coughing has given him two little hernias to add to his daily discomfort.

So today (7/8/19) we finally had the face to face appointment with Dr. Behl to discuss the CT results. We already knew the cancer had spread because we read the very technical online report. But Dr. Behl explained that it was not as bad as the radiologist’s report made it sound. She showed us the CT scan and explained where the cancer was and how big the new nodules were.

The cancer he already had is bigger and it has also spread to his liver. She explained that chemo could keep the nodules from getting bigger and the chemo used for his particular type of cancer was relatively mild. She was very optimistic about how well chemo would work for Fred.

She told us that without chemo, Fred would most likely have about one year of life expectancy left. If he opted for chemo, and the chemo worked, he could possibly extend his life for 3 or 4 years. His last doctor had told him that even with treatment, he would only have two years. So that is an improvement there.

Before today, we were 97% sure we were going to use this appointment to opt for hospice care and just ride out the last few months of this adventure without the nauseating chemical elixirs of chemo treatment, that may or may not even work. We had prepared ourselves spiritually and emotionally for the quickly impending inevitable. We figured why waste the last year of Fred’s life in treatment when it wasn’t going to prolong anything. But today, this news of hope and a possibly extended life was so uplifting and so that we decided to try chemo.

We have scheduled the “Intro to Chemo Class” for July 11th and they are supposed to call us soon to schedule the port placement. Then we can schedule the start of chemo. So the start of round two of treatment is still probably weeks away but we have a direction now and a little hope for a longer adventure.

Fred has been and still is always looking to the positive and stays so upbeat! He keeps busy. 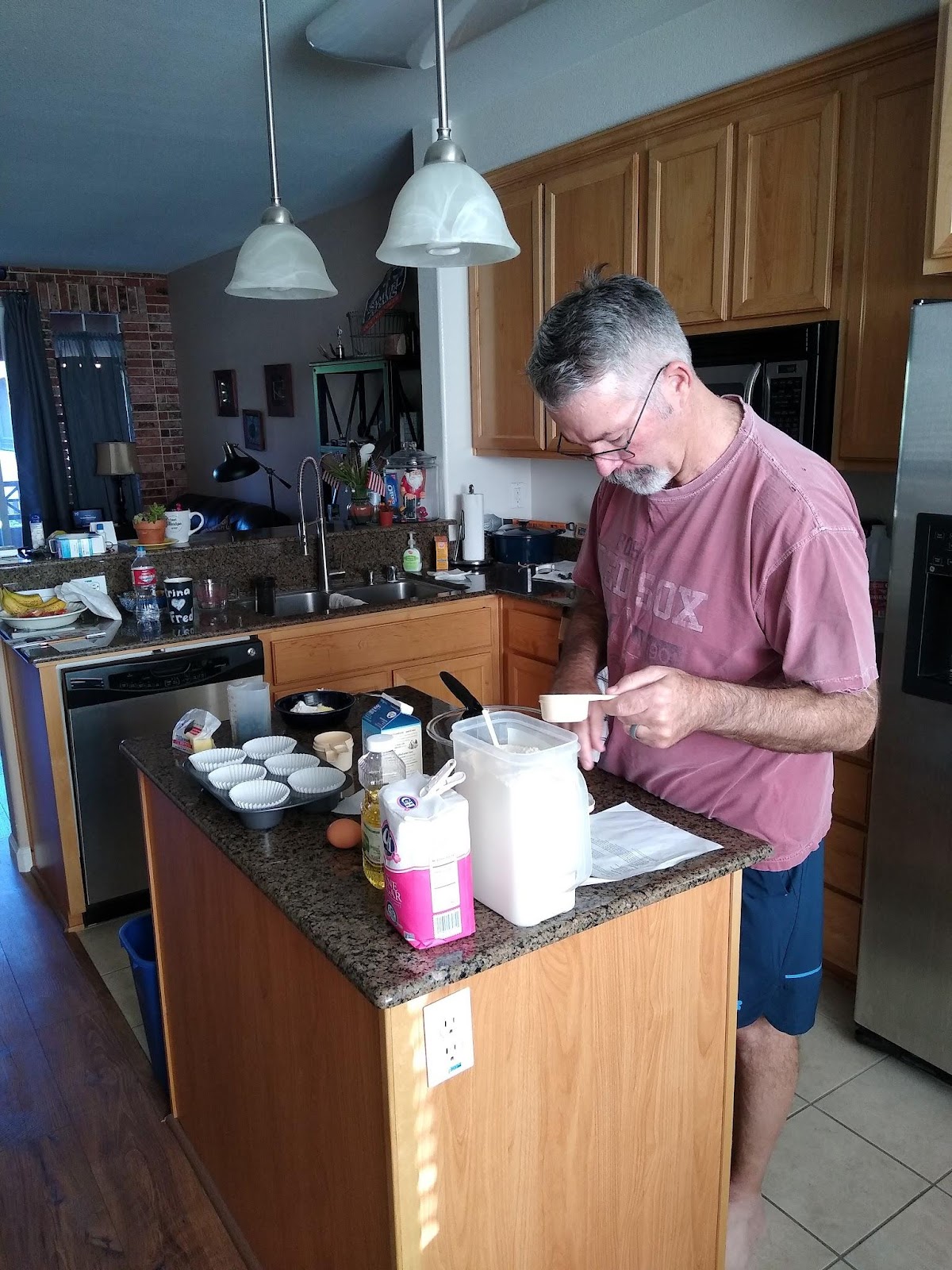 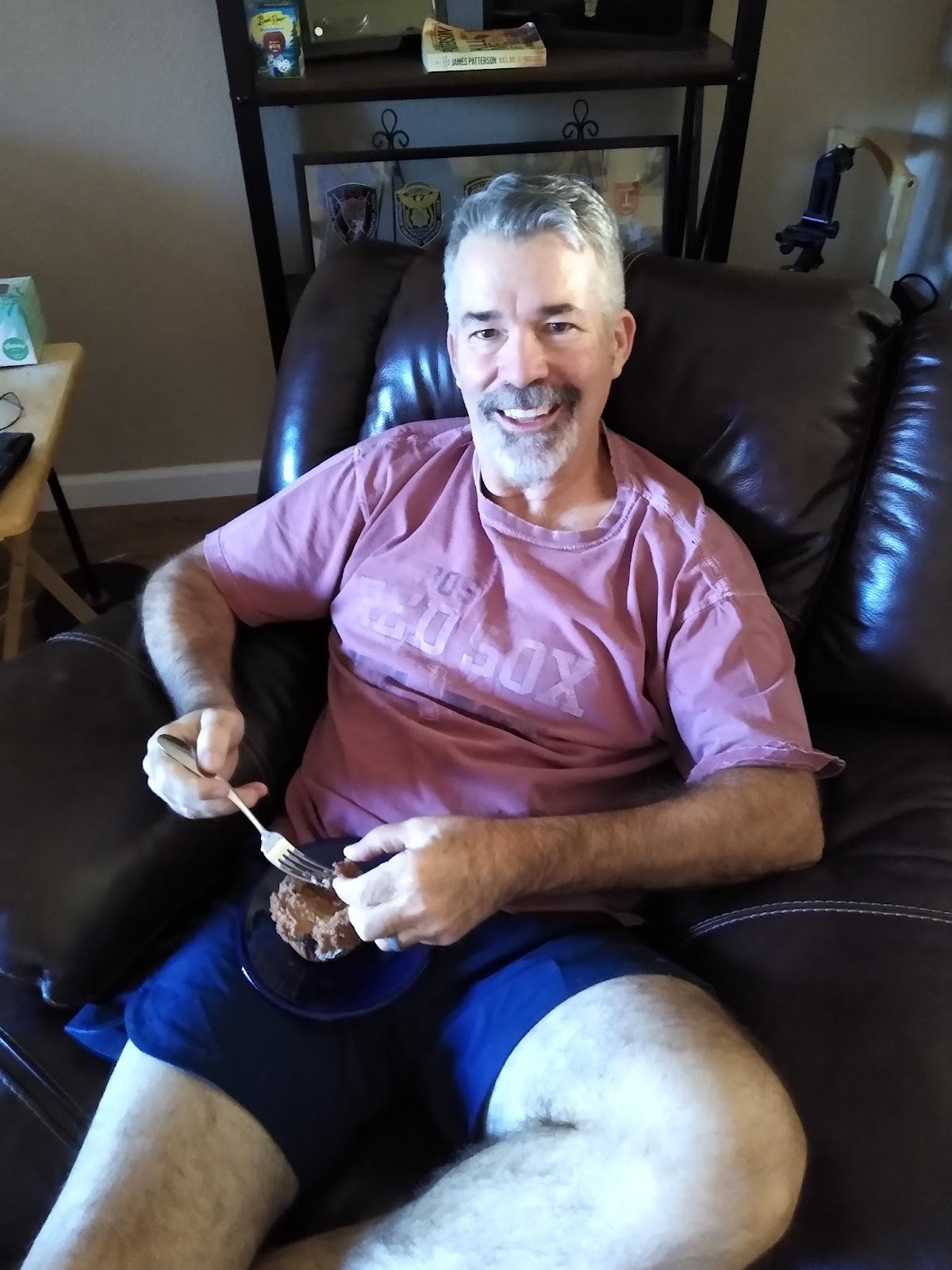 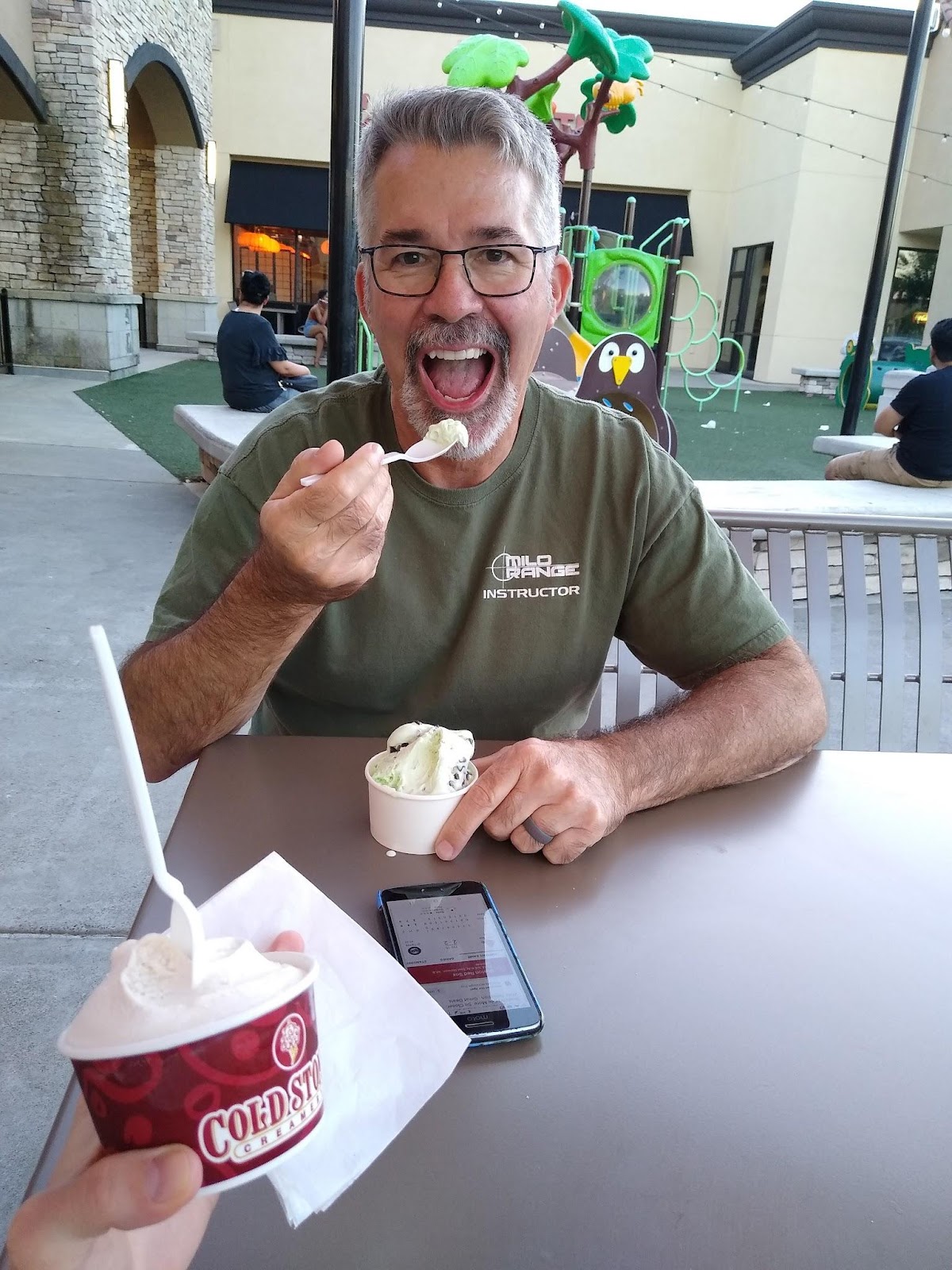 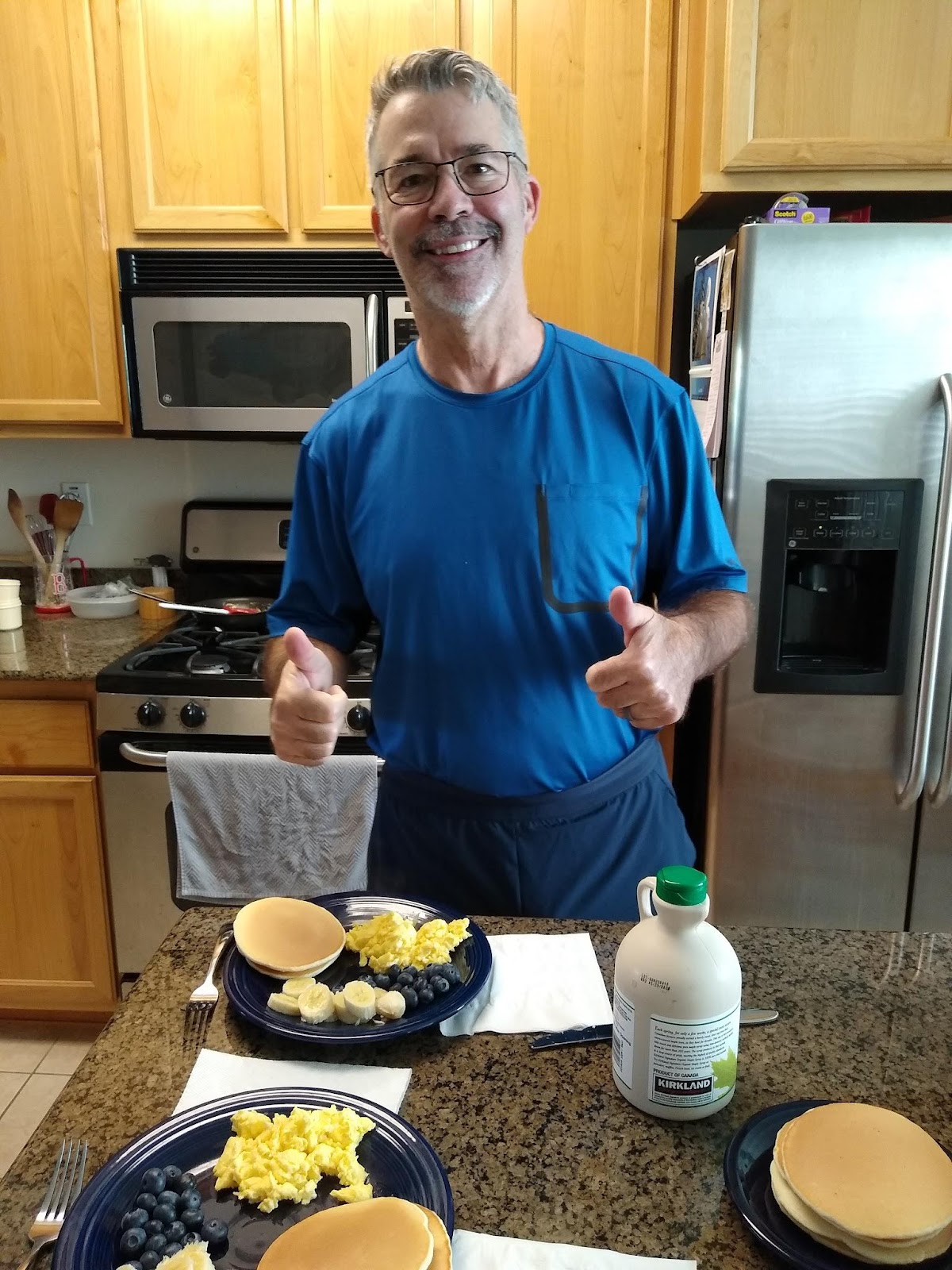 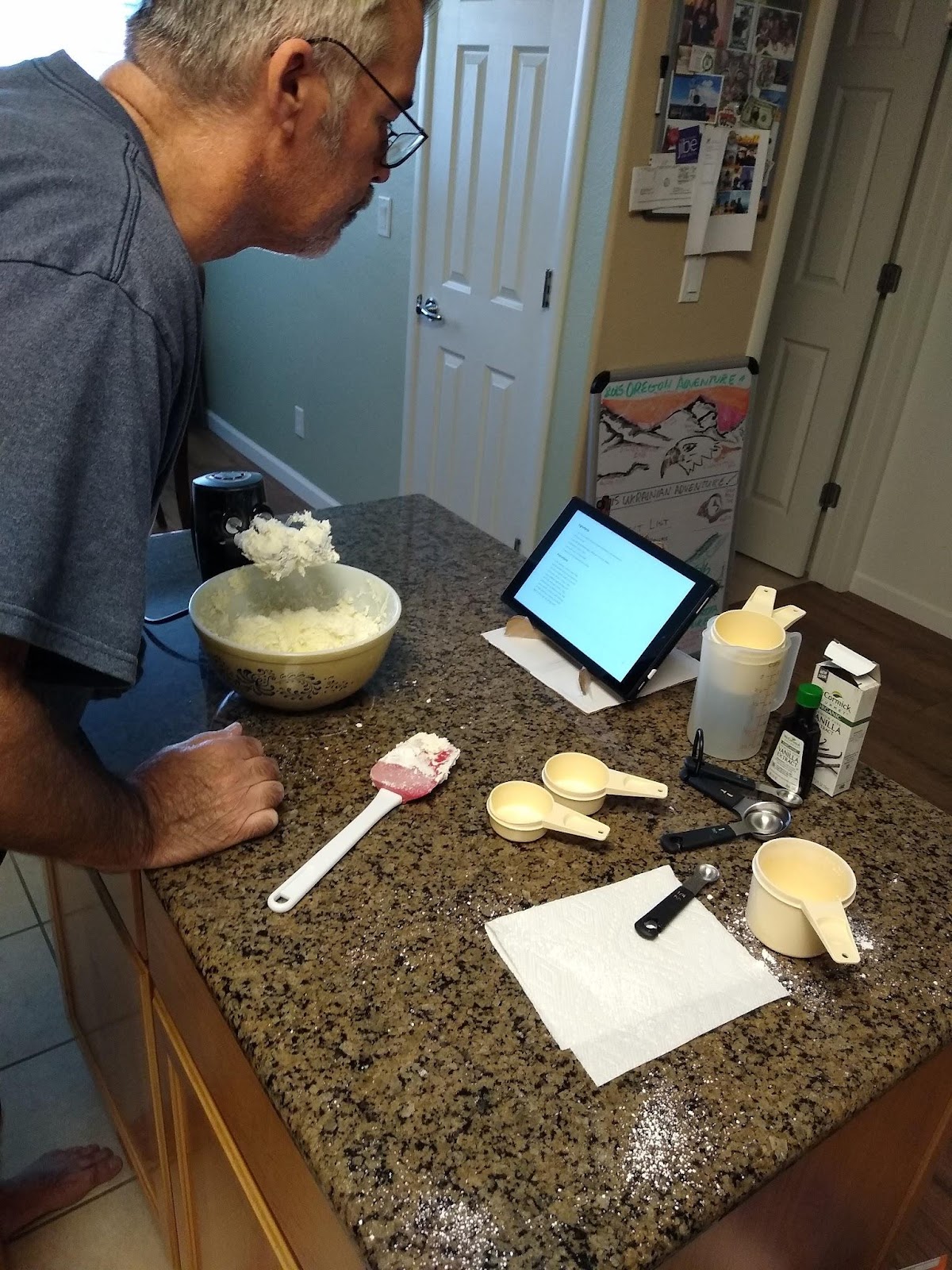 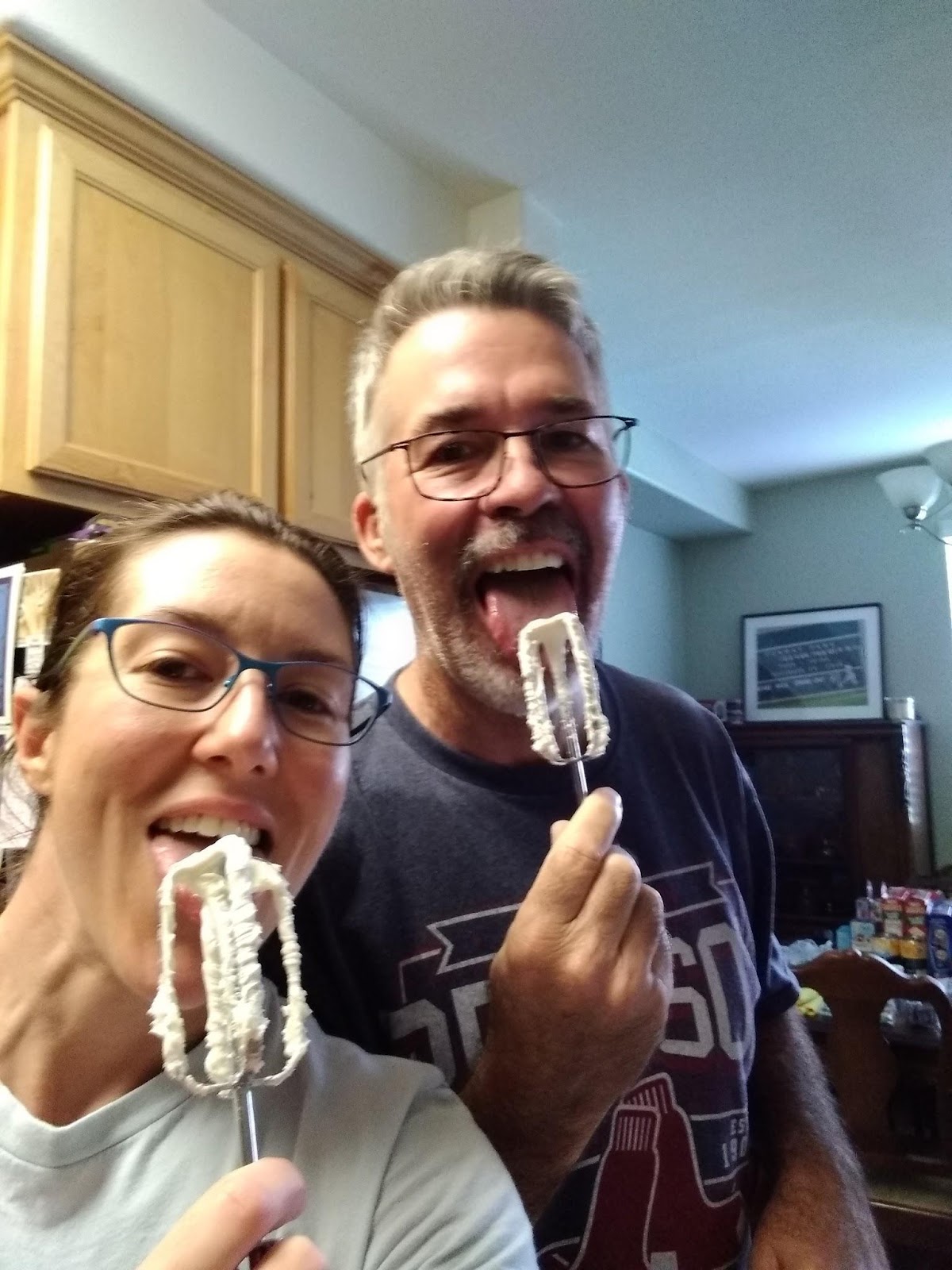 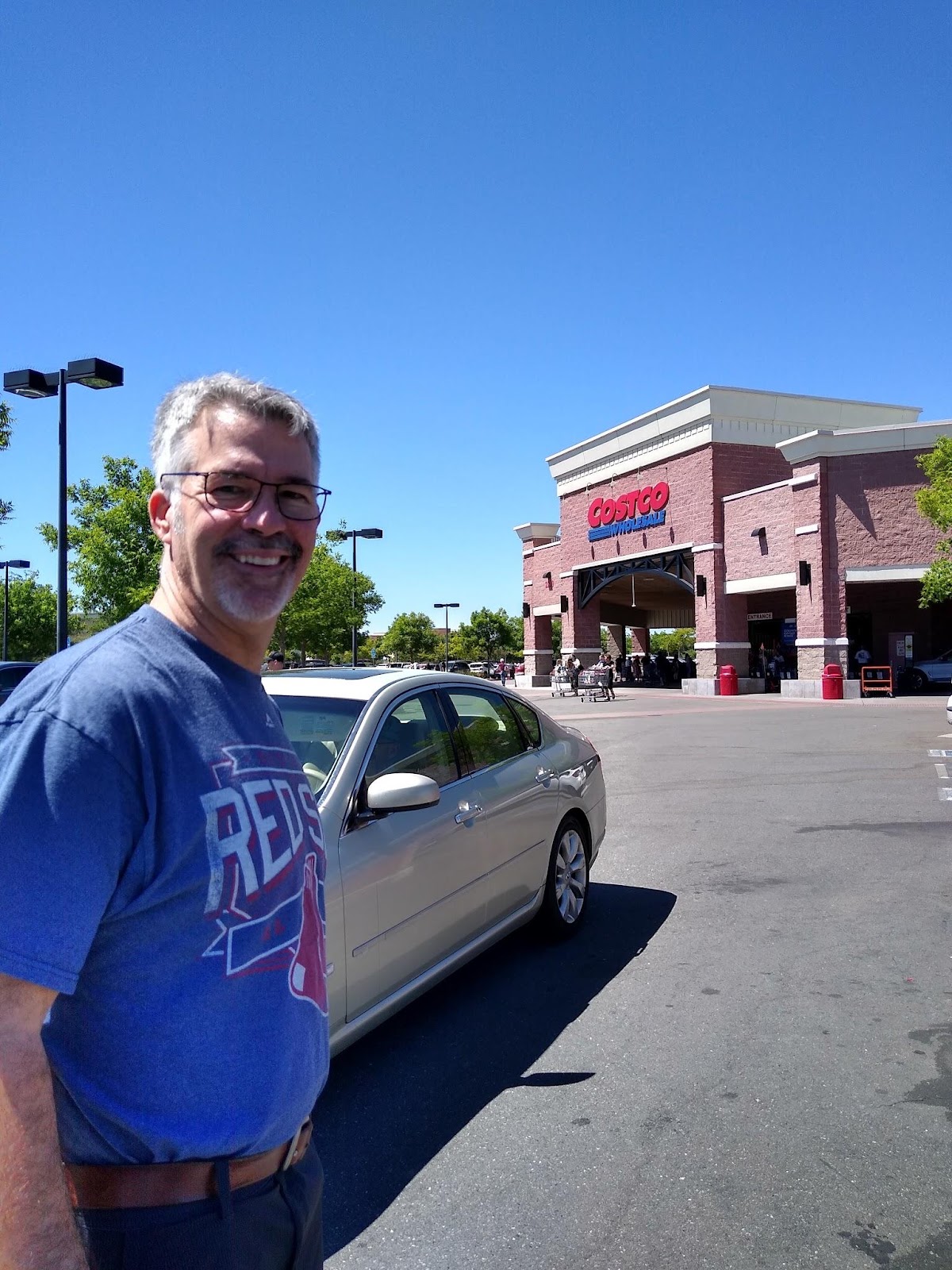 Cleaning pigeon poop off the porch. Those dang pigeons finally flew away! That made Fred incredibly happy!!😁 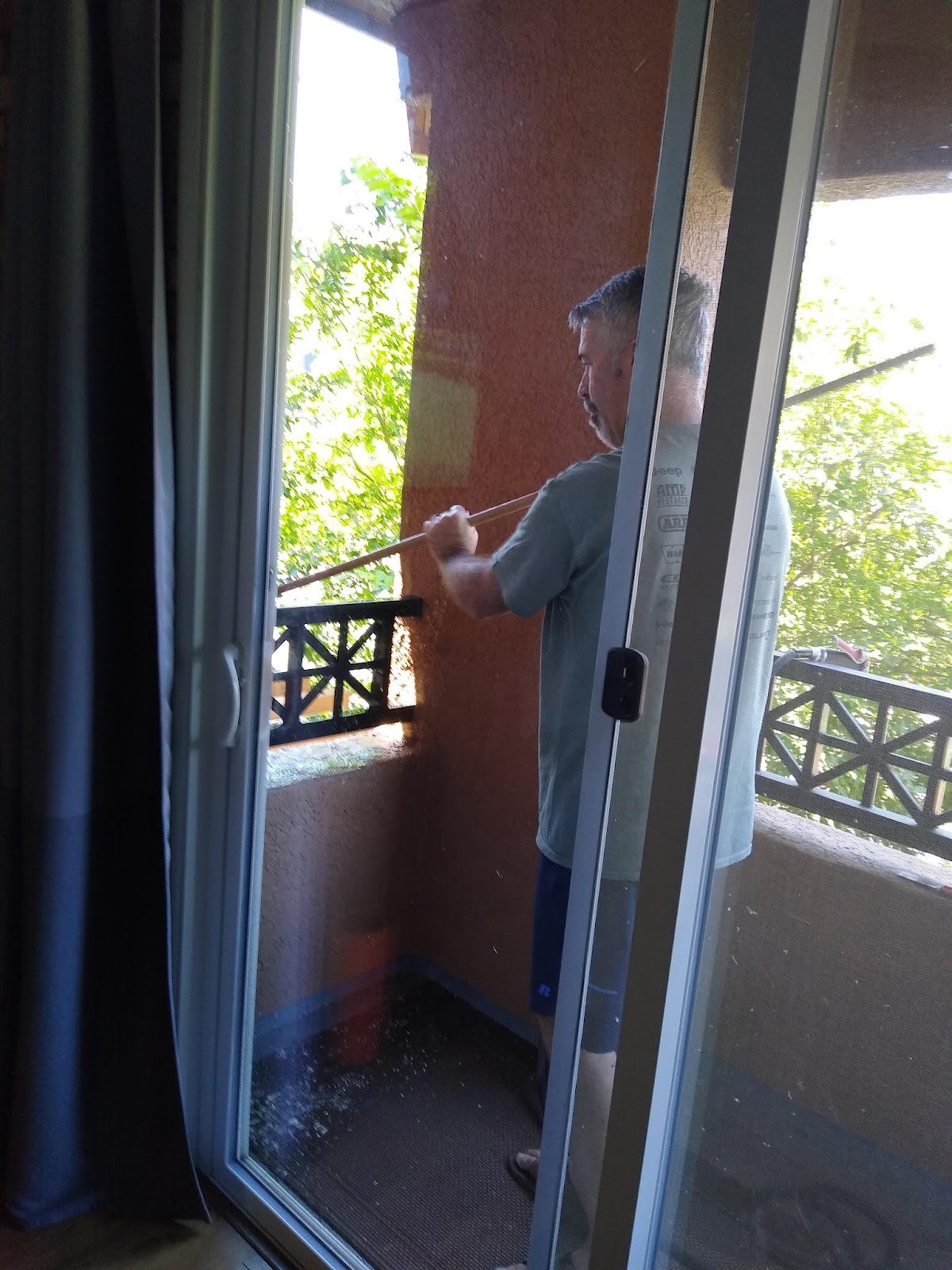 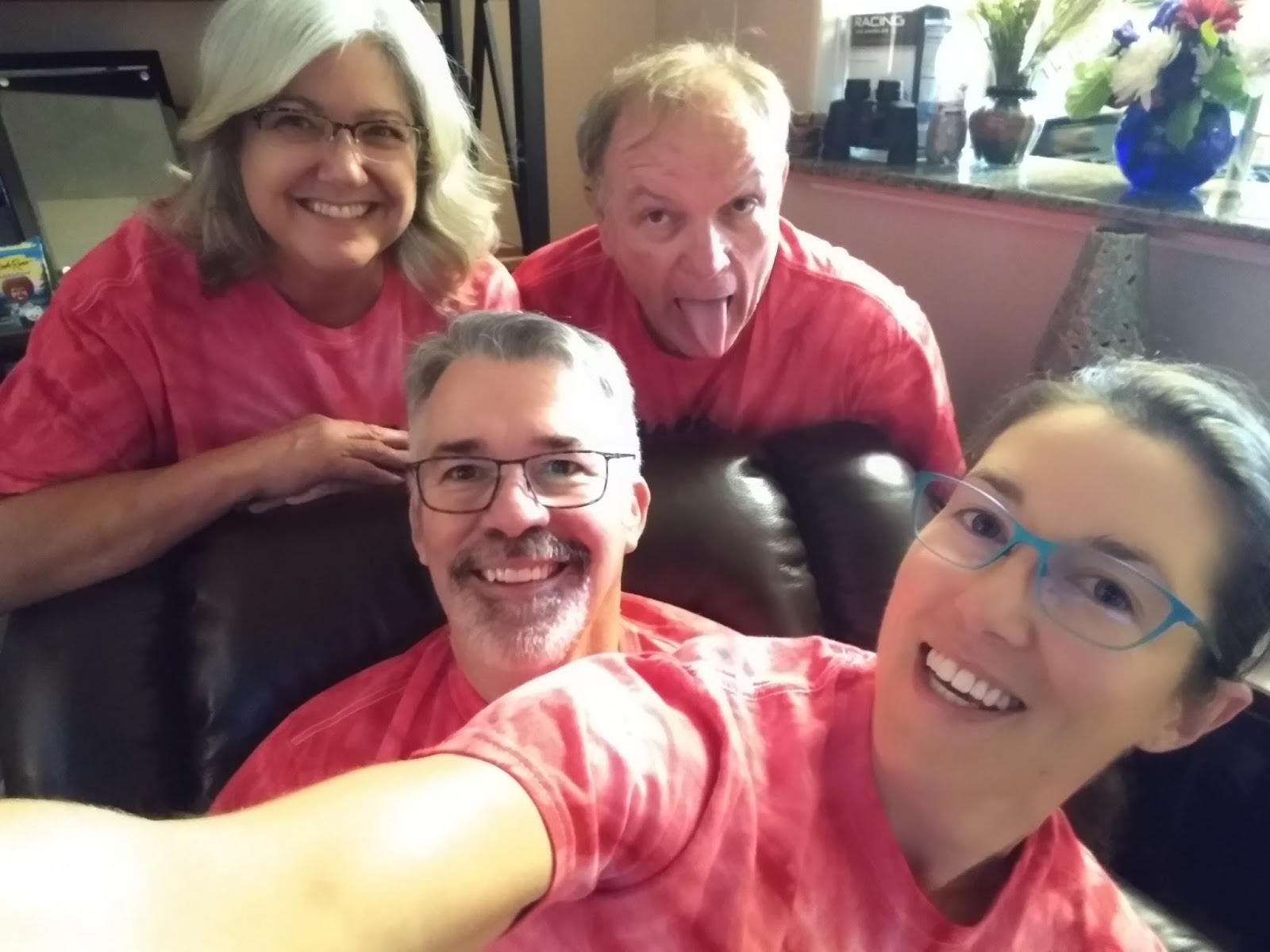