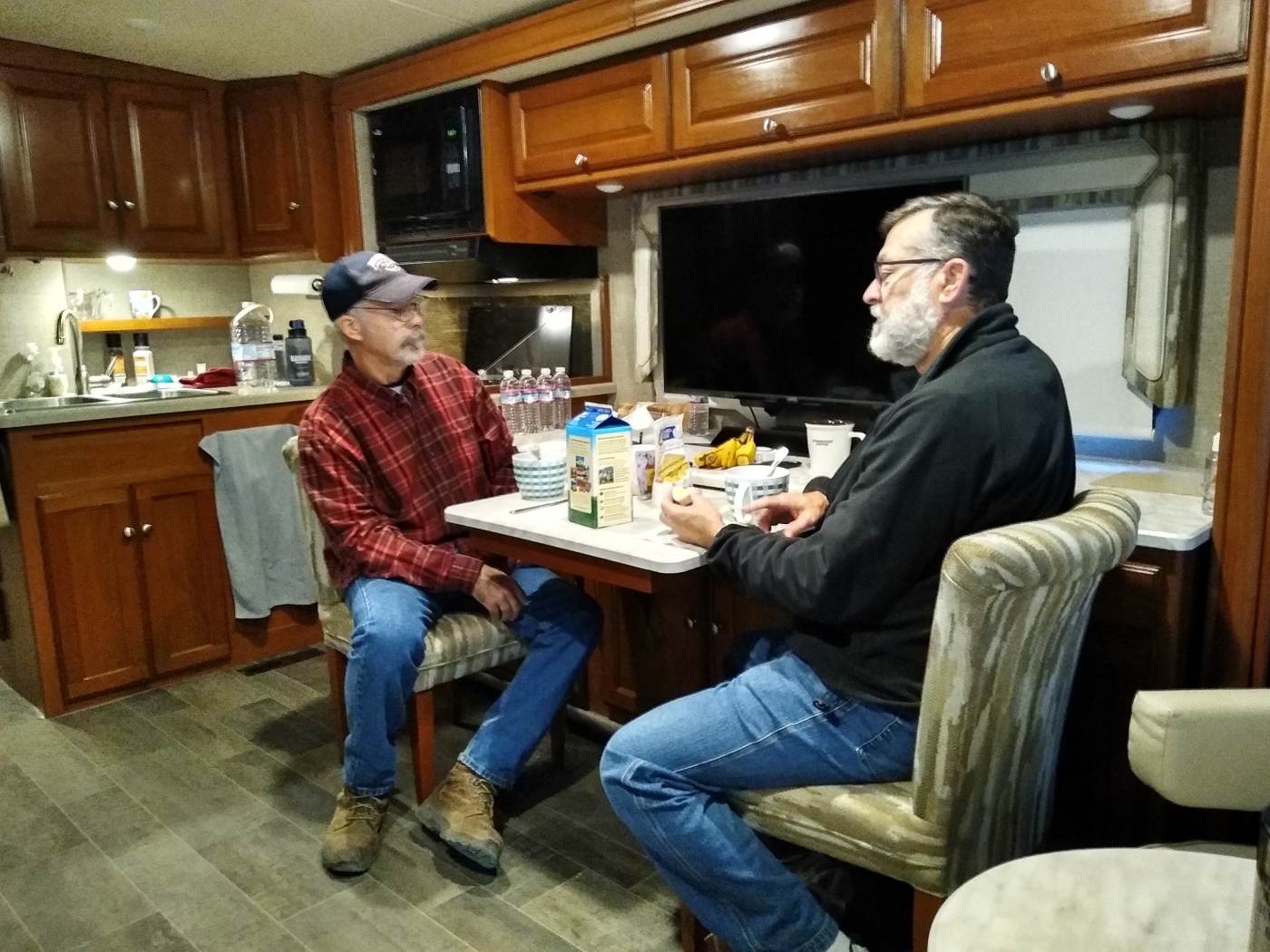 We got up at sunrise and had a quick oatmeal breakfast. The night before we had taken in all our water hose so it did freeze, but we left the sewer hose out. So we had a bit of a poop-sicle sitution to deal with when we packed up in the morning. It was so dang cold! 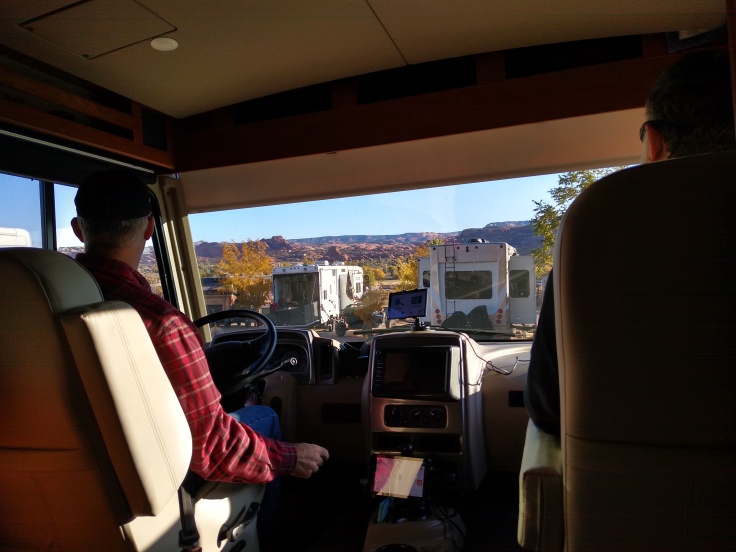 We were packed up an on the road by 9:15am. We stopped by the grocery store to stock up on bottled water and sandwich supplies. This was a better grocery store than the one we went to our first night in Moab. (More selection/better prices). As I was standing in line to checkout, their computers went down and they announced all future transactions would have to be cash-only. Everyone in the store let out a huge, disappointed sigh. Fred and Mike had waited in the RV while I shopped so I had to call Fred to bring me cash. 😩

Now we were set to hit the road so we said goodbye to Moab. We made great time and cruised along chatting and enjoying the sights. The vibrant red rocks of Moab slowly faded away to pale yellow and grey. We would’ve loved to stay longer but a storm front was coming in, and we had to go before it started snowing. 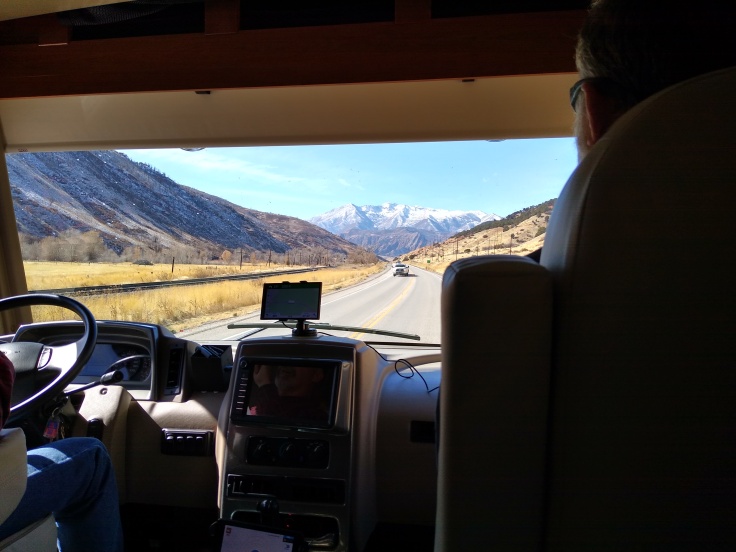 We could tell it had been snowing where we were headed.

We stopped at the Bonneville Salt Flats. It was so damn cold. It felt, an looked, like we were in Antarctica! 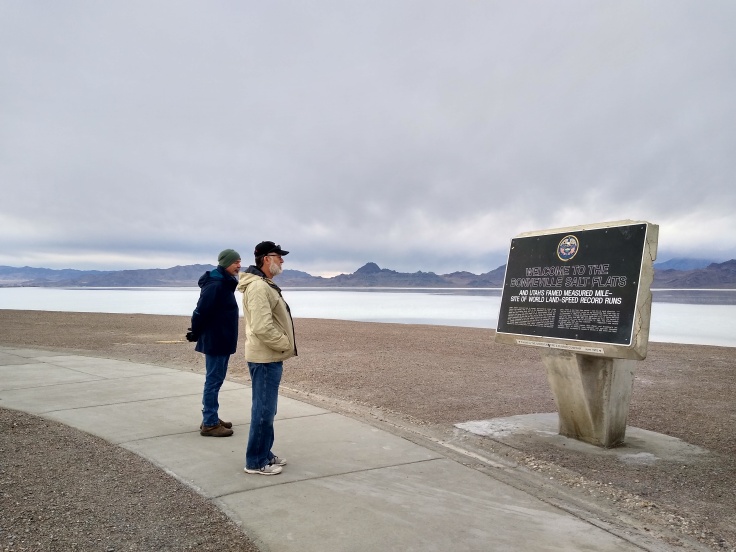 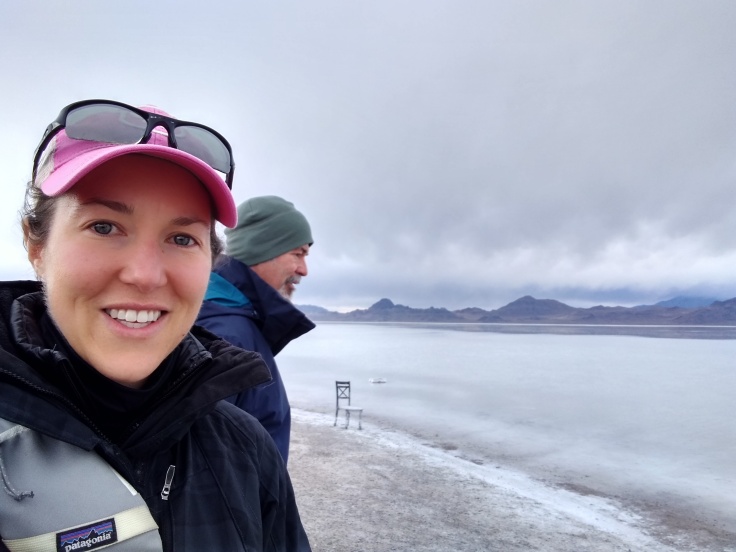 We found a random frozen chair…it was pretty, lol 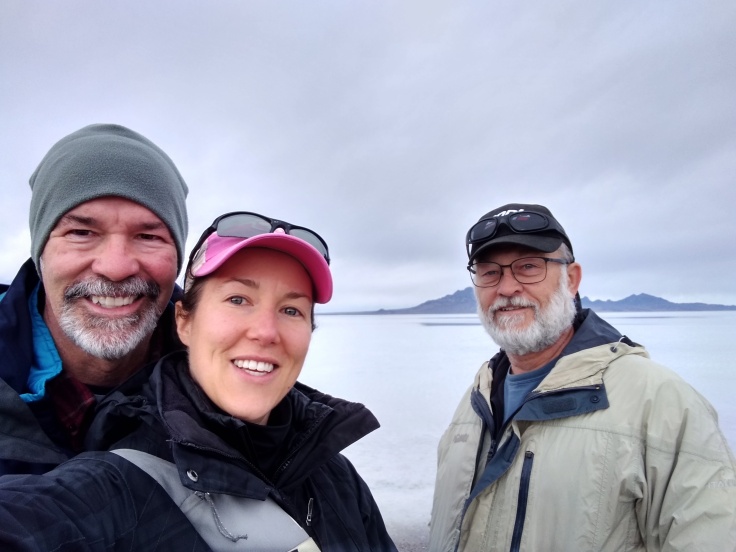 We kept plugging along, trying to put in some good distance and make it to Elko, Nevada before the next snow. The storm clouds made for an amazing sunset.

I used the Good Sam RV Park Guide to find us a spot for the night and made a reservation on my phone at the Iron Horse RV Park in Elko. We pulled in t camp around 7pm, set up, and googled a place for dinner. We settled on “Wingers.” The atmosphere was fun and the game was on, but the service and the food were poor. Mike did enjoy the giant dill pickle that came with his meal. 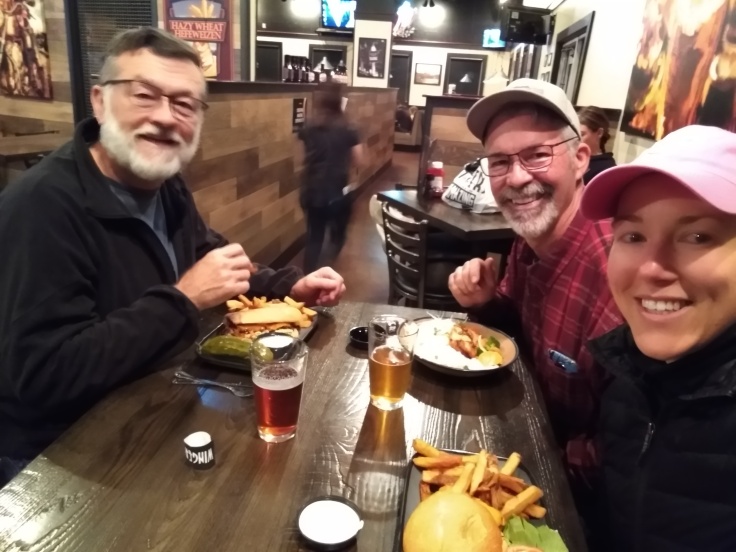 Back at the RV, the weather report let us know we would be racing the snow again…

Tuesday: When we woke up the next morning, it was snowing on us! We had picked this RV park becuase they had 9.5 rated bathrooms so we used the facilities before we left. Fred and Mike enjoyed their nice clean bathrooms. I, on the other hand, was rushed out of the bathroom so it could be cleaned. Why would they schedule a bathroom cleaning at 7:30am…during peak use hours? So that spoiled my morning 🤬

Mike got creative with his oatmeal and added M&M trail mix to it. It turned it funky colors but still tasted good. 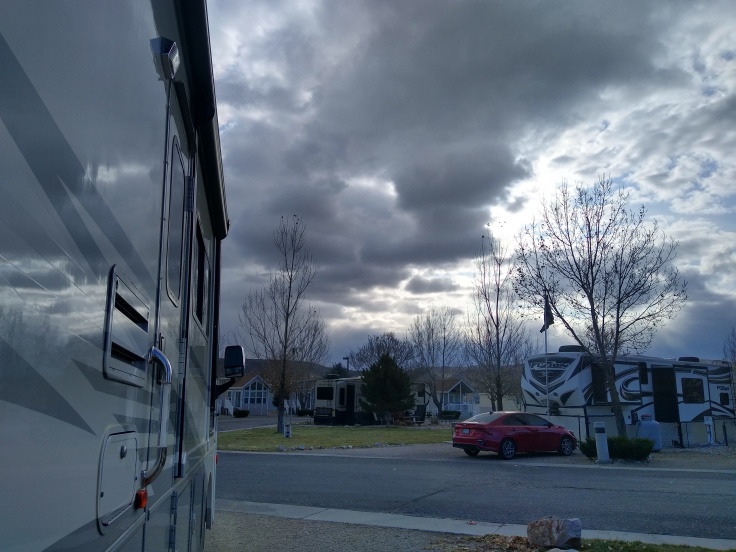 The snow flutters faded away and the clouds broke up, so we high-tailed it out of there.

We had fair weather but very gusty winds as we drove west towards Reno, Nevada. A 30 foot long RV towing a Jeep is like a giant wind sock, so Fred had his work cut out for him today. 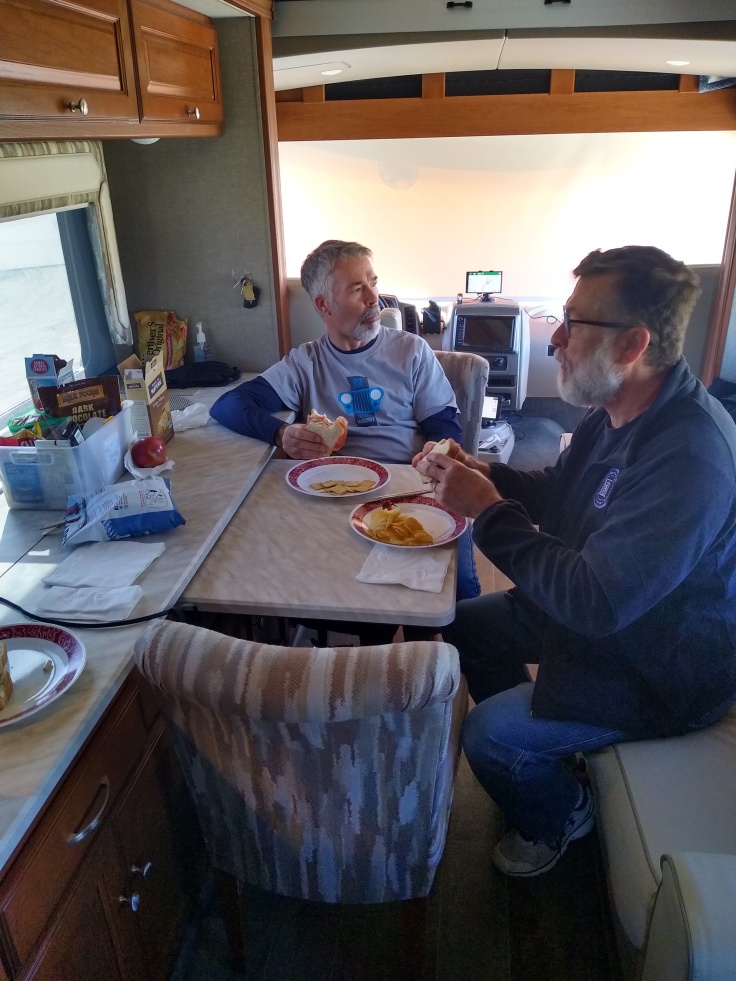 We stoped for lunch near Winnemucca, NV and had soup, sandwiches, and crunchy snacks.

We set our sights on the Boomtown KOA for the night’s camp and arrived around 4:30pm.

The Boomtown Chevron has a milkshake machine too, with crazy flavors. I was about to get one until I read the ingredients… 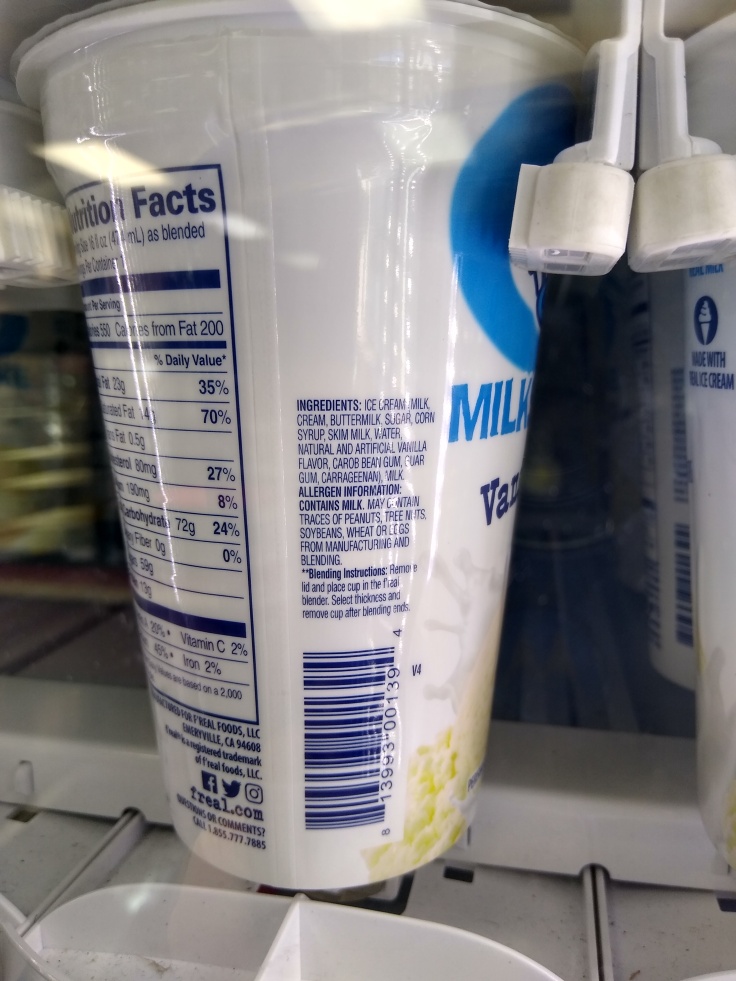 We filled up on gasoline and propane. Our refrigerator and heater run on propane and we happened to run out about 30 minutes before we got to Reno. The tank only holds 10 lbs and lasted 10 days, and it’s been COLD, so that seems pretty efficient.

We had to wait in line for propane becuase our gas pump kept cutting off at $100, so we had to buy gas twice to fill the tank. This little RV beat us off the pumps and jumped ahead of us.

We checked in to the KOA and set up. Fred took a much needed nap atfter wrangling the wind-rocked RV all day. Mike and I watched a little TV and caught up on emails and the blog.

Around 6pm we drove up to the Boomtown Casino to have dinner a Mel’s Diner. The cold weather made me crave waffles. 😃 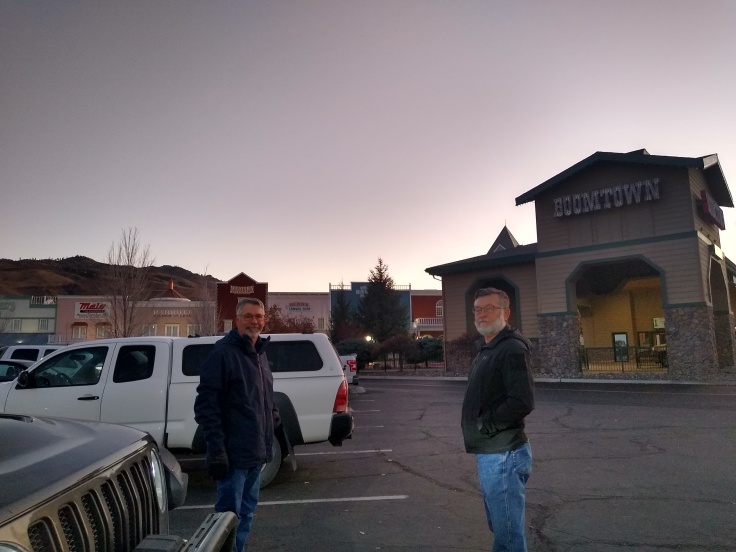 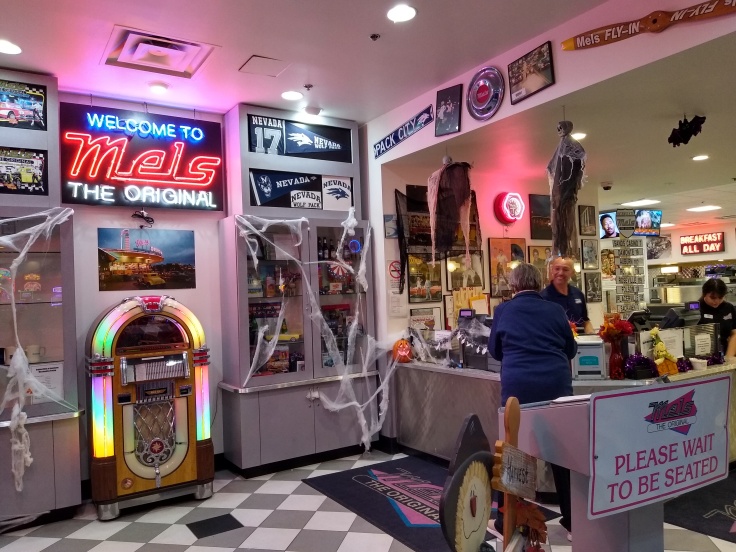 On the way out I had to stop and checkout the arcade and reminisce about all the time I spent there as a kid. 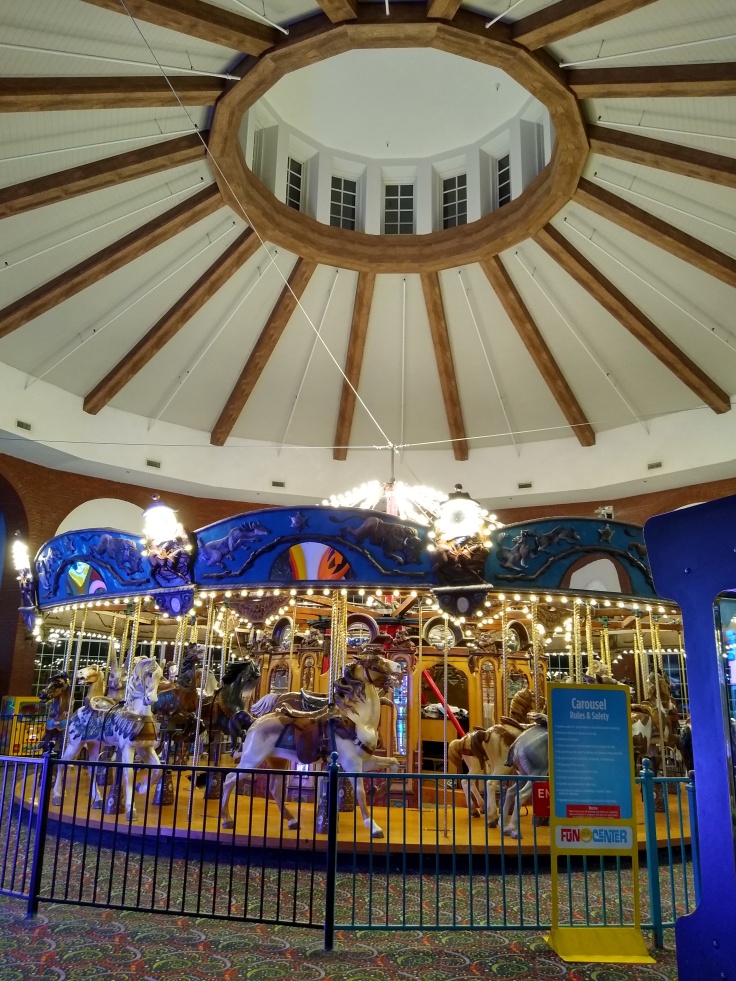 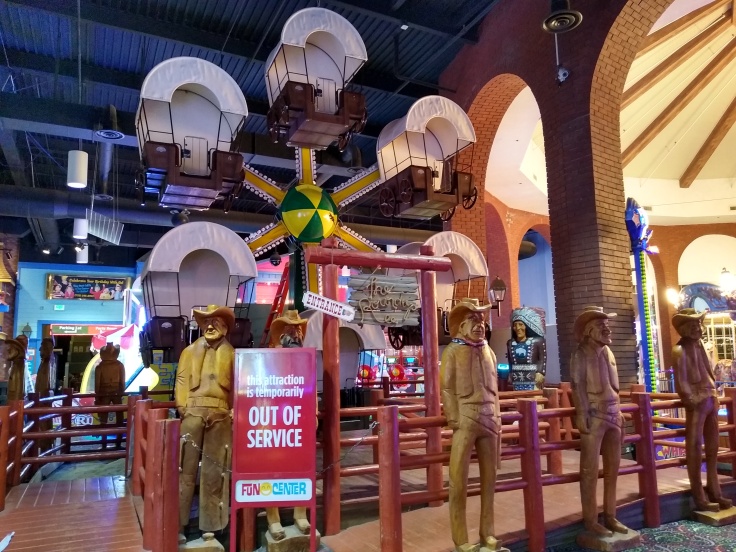 I also had to play the Wheel of Fortune slot machine as a tribute to my Grandma. That was her favorite game. 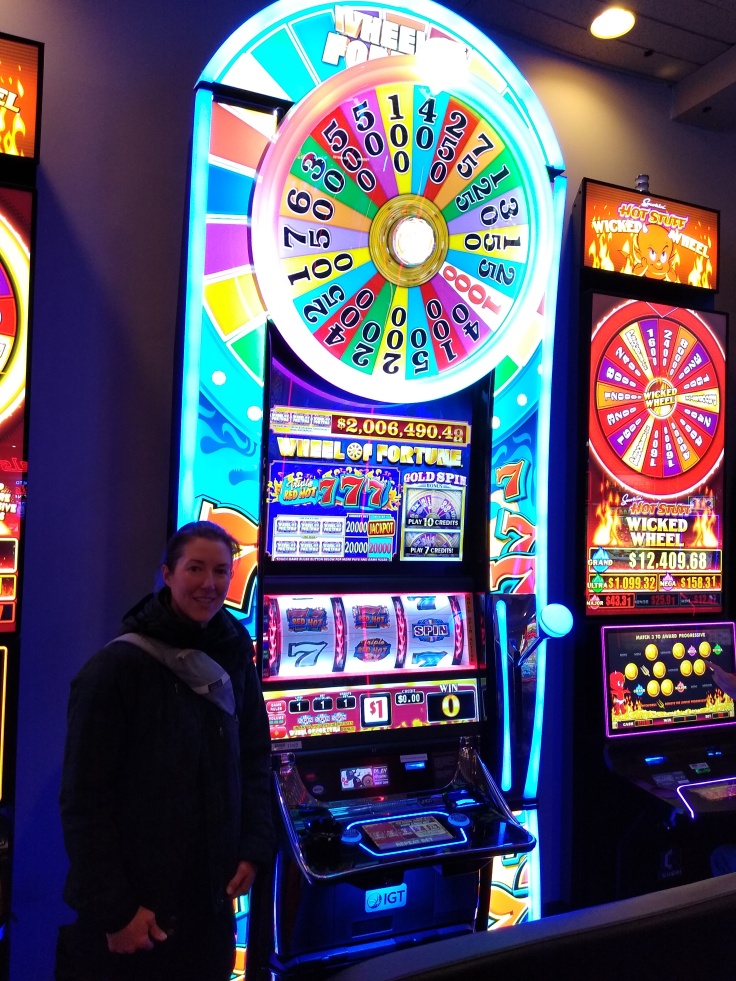 Then to top off the evening, we did a little shopping at Cabela’s! Something we all 3 have in common is love for Cabela’s. 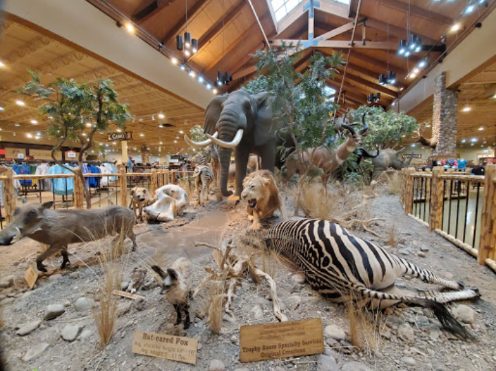