It rained all night at our Allentown KOA camp site. But it paid off for us as we awoke to the sounds of a rain forest. There were so many birds chirping, frogs croaking, and wet leave rustling in the breeze. We stayed in bed just looking out the window for a while, taking it all in. The creek was rushing through and rolling over a grouping of rocks, making a super soothing sound. It really was like a fairytale. 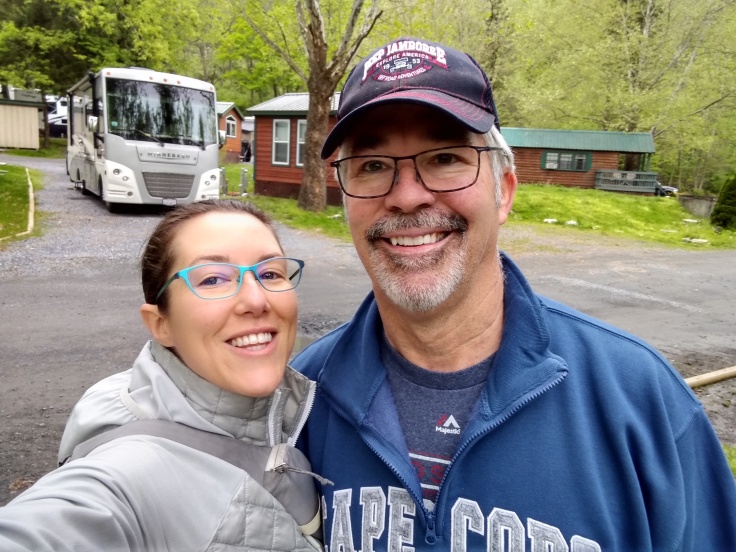 After breakfast we walked around the camp for a bit. I will definitely come back here one day.

The only odd thing is they don’t allow alcohol on the grounds. I’ve never seen a camp ground ban alcohol before.😕 Drinking is usually they favored pastime of camping folk.

We picked a route today before we left camp. It made the day so much easier having a set route. I highly recommend it to avoid stressful road discussions. We pulled up camp and swung by the Dunkin Donuts for sandwiches to take with us for a quick lunch later. I got hungry though as soon as I smelled the food. I had to sneak a bite … Or three. 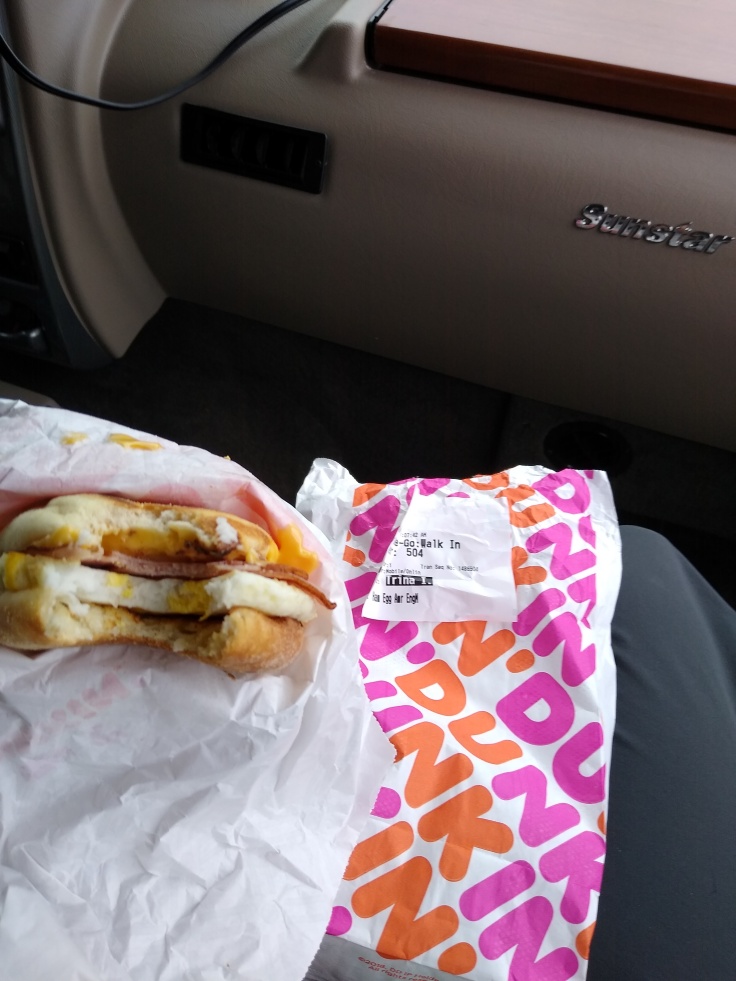 I downloaded the Dunkin App to save a little time before we got there. I haven’t had much luck with restaurant apps thus far. This one worked ok. I’ve tried Panera, Chipotle, Chick-Fil-A, and several of the pizza chains. I’m not impressed with any of them. The concept is amazing but it’s pretty much 50-50 if the app works or not, or if the order comes out correct.

Fred filled the gas tank while I walked over to grab the sandwiches. He was eager to make good time today to see his brother. Our planned route for the day was 201 miles long, in and estimated 3 hours 20 minutes. We hit a lot of construction and stopped for lunch and a nap so it took us about 6 hours. 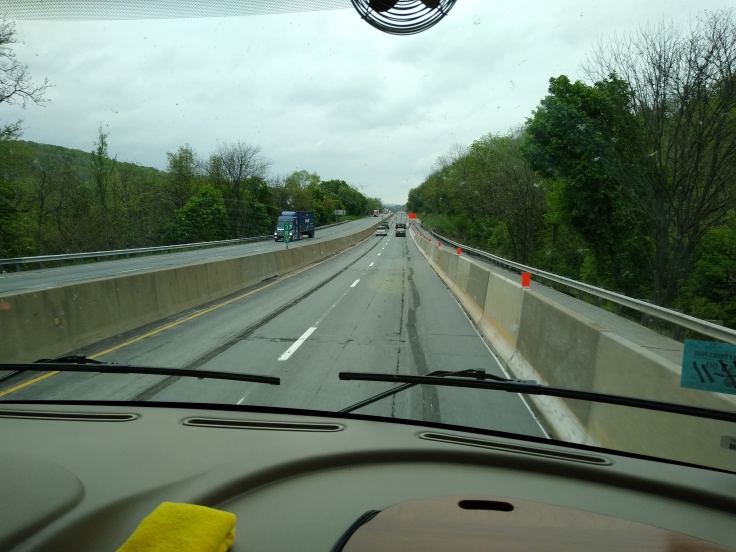 We hit another toll road along the way. It cost us $15 for having 4 axels and there was no avoiding the toll either (like we may have done in few other states.) All the exit ramps gave gates. 😜 Virginia knows how to get there money. 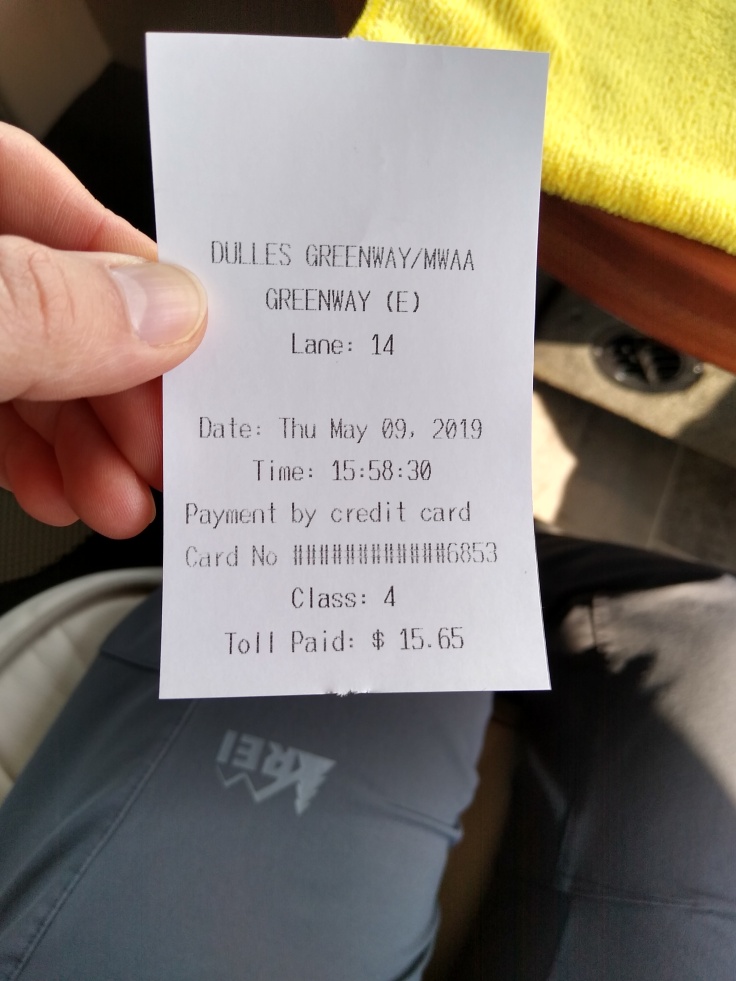 The scenary in Virgina is gorgeous and so historic. I can’t get over how green it is. I can only imagine this terrain back in the civil war days and how spooky it must have felt at night. 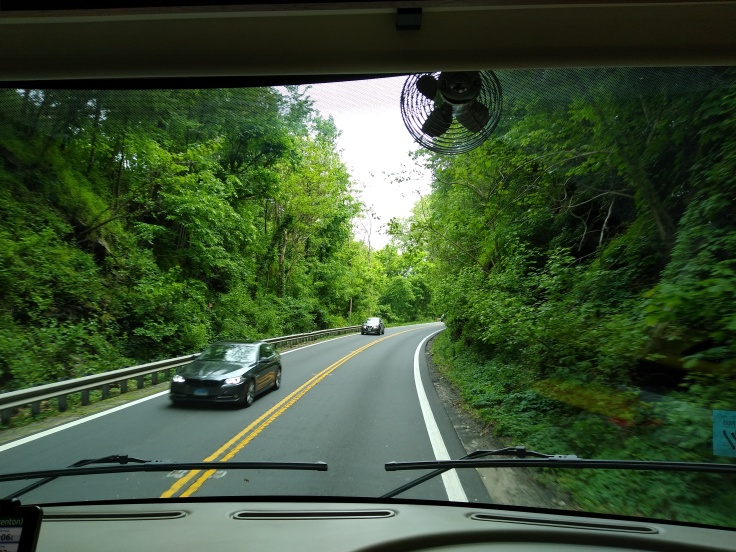 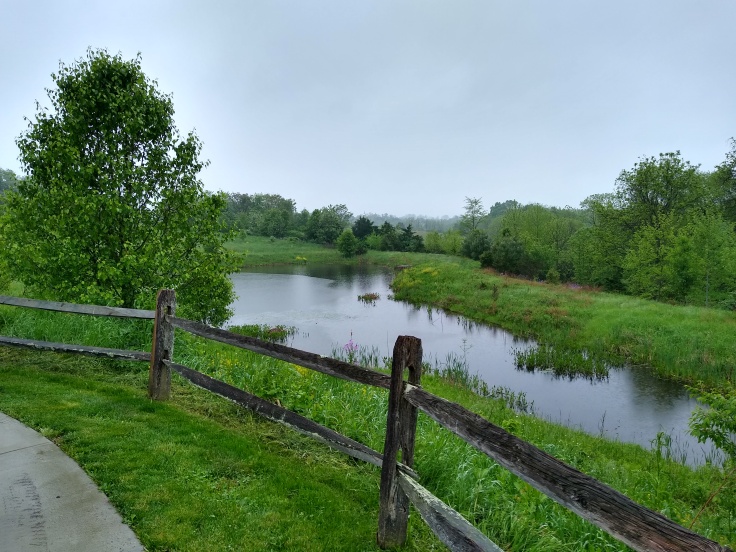 It’s crazy to think that so much killing took place in such a beautiful place.

Mike and his oldest daughter Vanessa were standing in the driveway ready to greet us with giant smiles and warm hugs when we arrived at their house. We hung out in they RV for about an hour. Then Marey came home from work. Marey and I hung out in the porch and had a fire while Fred took a little rest.

Vanessa made us an awesome dinner: chicken capresee, quinoa, and assorted veggies with goat cheese. It was so delicious. Homemade meals are so much better than fast food!

We sat out on the deck with the fire and ate and talked until nearly midnight. It was an awesome welcome to Virginia!

PS: My cell phone and internet connection is very intermittent here. So the blog posts may be irregular for a bit. But rest assured, we are still very safe and sound and the blog posts will keep coming. 😀