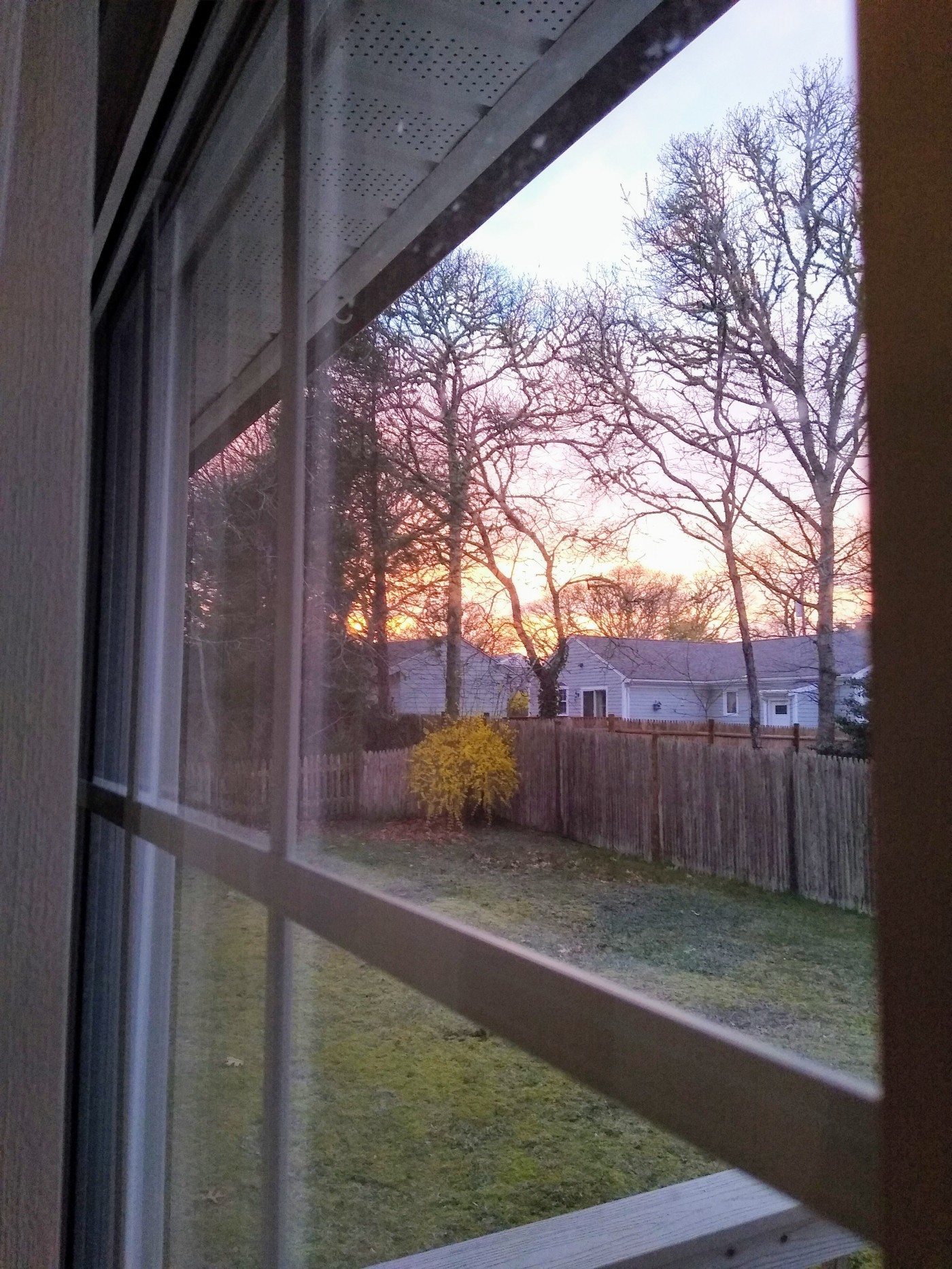 It rained hard all night last night and was overcast most of the day, but mid-afternoon the sun came out, and gave us a beautiful sunset.

Fred and I started off the day with a drive on beach, down on the bay where he grew up. We had it all to ourselves.

It was just a quick trip so we could be back in time for breakfast.

We had a lovely Easter Sunday and a great visit from Cathy, her son Taylor, and his daughter Linda Rose. Pretty much everyone had a hand in cooking or prepping the meal so we made quick work of the ham, mashed potatoes, green beans, and rolls. 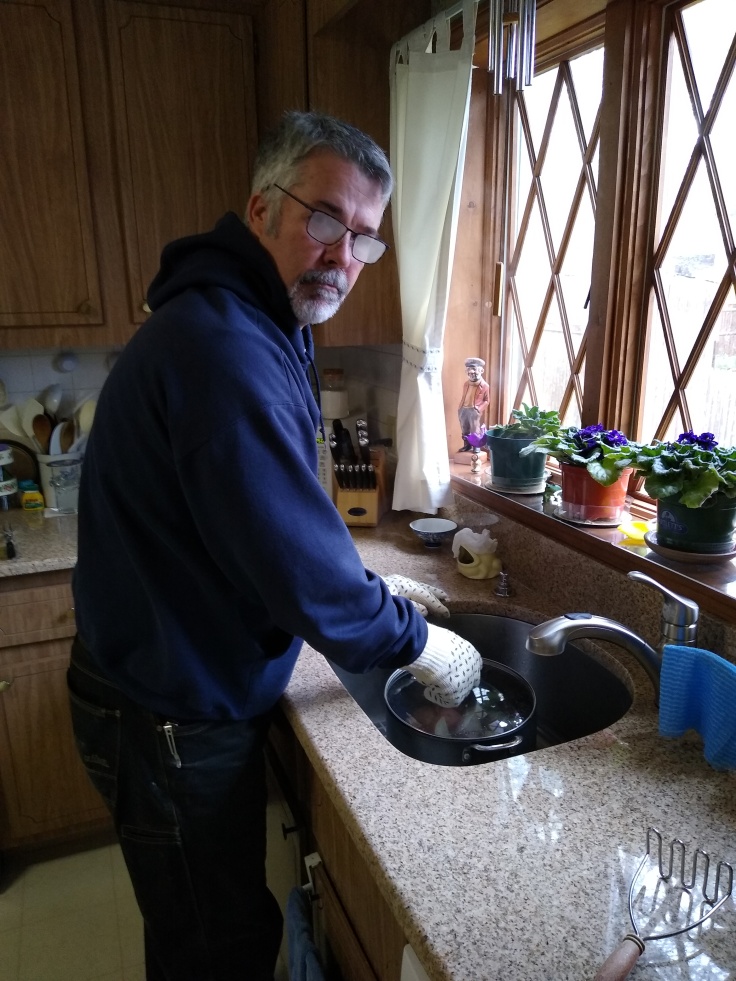 (Fred is so hot he steams up his own glasses) 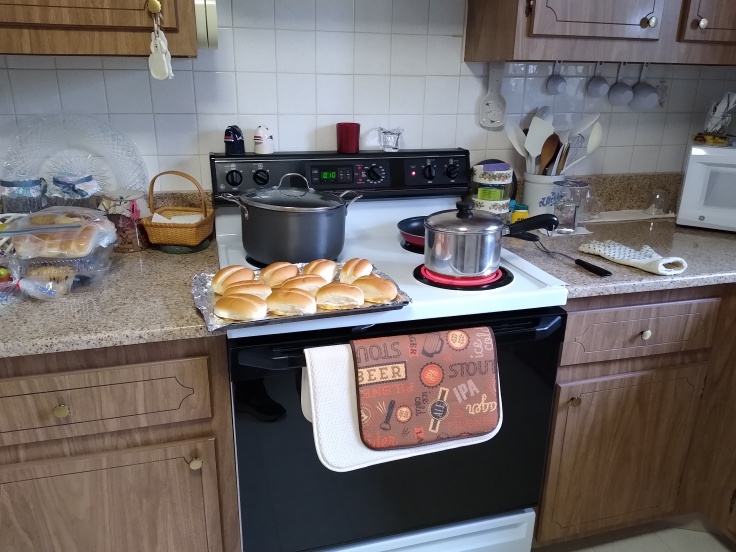 We ate around 1pm, chatted around the table, and topped it off with some yummy apple pie dessert.

Then we settled into the living room for an afternoon of New England sports. I never realized just how much Fred’s family is really into sports. The Red Sox, Celtics, and Bruins all played today and won. We had no cell phones at the dinner table while eating so absolutely no one sneaked any peaks of the score while we were eating… 🙂

At 1st we bounced back and forth between the games during commercial brakes at first, but then we settled on the Bruins Game. We kept tabs on the other games with our phones and such. It is pretty funny to see 4 generations of family working together with cell phones, tablets, and laptops to keep up with multiple games at once.

The day flew by and we capped it off with the ever dreaded family photo. You’re always glad you took one, but usually not until years later. 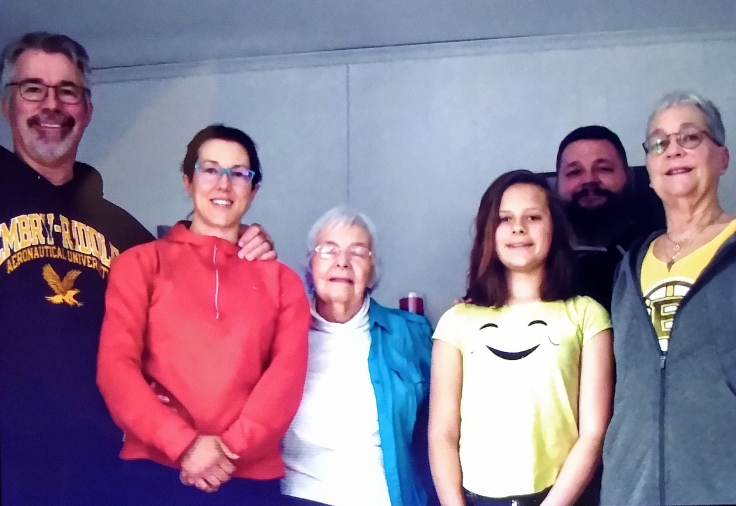